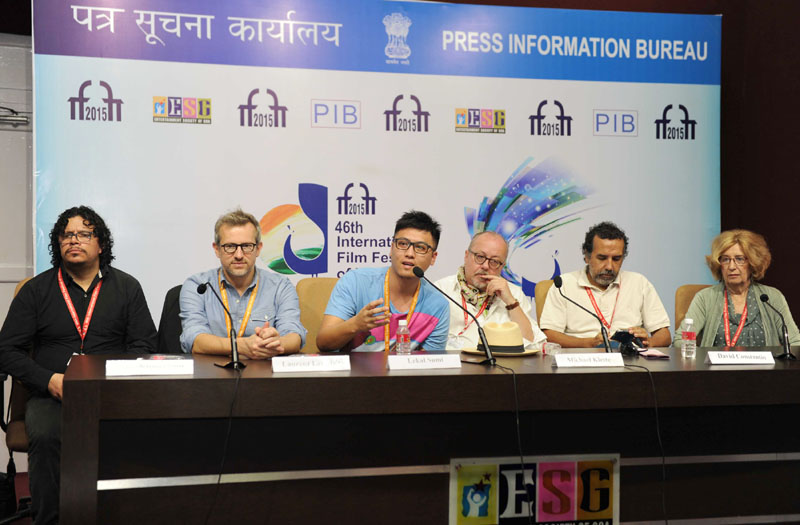 A Panel Of Directors Interacts With Media

Panaji (PIB-GR-TYP-BIN): Films speak about life and sometime become political statements. Raising the social issues through films is participating in people’s life and flagging their concerns. This was observed by panel directors during media interaction at IFFI-46 on November 29.

The films by these directors, being screened at IFFI 2015, raise issues such as diversion of farmers’ land for commercial purpose, trafficking of dogs in Eastern Europe, dumping of toxic waste, survival issue of aboriginals and plight of sugarcane farmers in Mauritius. Responding to a query, they said that the very act of making films on such social issues was a form of activism. They also said that fiction is sometimes closer to reality, making it a superior form of story than documentary.