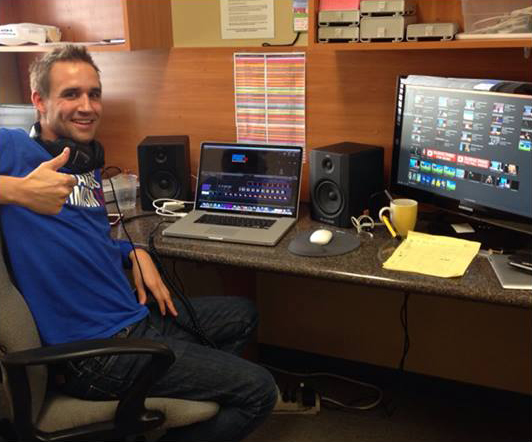 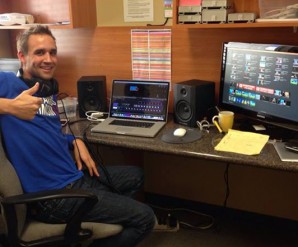 For someone so in love with their work, it’s no surprise that leading European film editor Emeric Le Bars has been chosen as the lead editor for a long list of projects in the U.S., including some segments for the show LAaRT on PBS SoCal, the films Perception of Art and Lily’s Light, as well as a project called “Contagious Optimism Live”, on which he worked as both an editor and the director of photography.

“I have a huge passion for this profession,” Le Bars says. “My friends and my family keep cheering me on and keep saying that I am talented in what I am doing, so this means a lot to me.”

Raised in the small city of Angers in Western France, Le Bars has more than 10 years of experience as a film editor. Although his work as an editor began as a hobby with Le Bars often editing projects he shot around France, Le Bars’ love for the profession and his unparalleled talents in the field led him to pursue editing as a full-time career.

While Le Bars is passionate about the process of filmmaking in general, he is above all dedicated to bringing stories to life that will have a positive impact on his audience. Most recently Le Bars shot and edited the “Contagious Optimism Live” project, which took a biannual event featuring motivational talks by real people from around the world with the intent of helping attendees find their own “silver linings,” and put it into a film format that audiences around the world can now enjoy.

Le Bars says he enjoyed the challenging technical aspects of shooting and editing the videos from “Contagious Optimism Live.” “We shot with multiple cameras– up to five, which was fun,” he explains. “The different angles were a way to make the video more dynamic and fun to watch.”

Le Bars is also currently working on another heart-warming story entitled Lilly’s Light, a feature film directed by actress and Smile TV co-owner Sherry Hursey and Daniel Carrey, the cousin of actor Jim Carrey. The film follows a foster mom named Lily, as she and her team of helpers welcome a newly orphaned boy into a family of love. Le Bars was in charge of re-editing the high definition (HD) version from scratch. The editor says working on Lily’s Light was an “amazing experience” for him as it allowed him to hone his HD editing skills and knowledge.

For Le Bars, there is always more to learn and discover in the world of film editing. He is currently planning an upcoming collaboration with director Roanna Wullinger, with whom he collaborated with on the film Perception of Art. The two intend to shoot a documentary on the children of the Middle East, which Le Bars will both film and edit.

Looking to the future, Le Bars says, “I want to keep doing what I am doing because if you do what you love, you will never have one day of work in your life.”

Filed under: Film, Lifestyle
Share Tweet Pin G Plus Email
previous article: The first Mobile Motion Film Festival to be held in Switzerland
next article: US repositions and increases it’s force levels in Europe to “maximize” its military capabilities