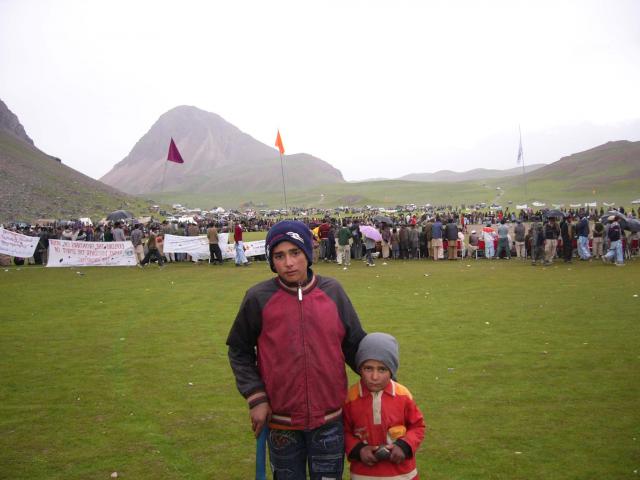 Final match of Qaghlasht festival postponed due to bad weather.

CHITRAL: Final matches and last events of 3 days long Qaghlasht festival were postponed due to disturb weather Shahzada Sinkandarul Mulk Tehsil Nazim Mastuj and Chairman Qaghlasht organizing committee told APP on Monday. He said that after continue rain the ground is muddy one and badly wet and it is not possible to contest and play polo matches between different polo teams as fearing of slippery of horses. He said that final matches and concluding ceremony would be held as and when the weather clear and pleasant. He said that different matches would be played including colorful programs like tug of war, exhibition of orthodox and antique weapons of centuries old for targeting, football, cricket, volley ball, polo, race competition, cultural show, musical chair of special people. He said that thousands of domestics tourists have reached the Qaghlasht ground to enjoy these colorful programs. An foreign tourist from told this news agency that he coming here for the last 6 years along with his wife and feeling very peaceful environment. He further added that foreign media blackmailing Pakistan and its people terming them terrorists but there is nothing in Chitral and it is very peaceful district as well as the people are very hospitality one he added. The final matches and concluding crematory would be announced later on as and when weather clear.