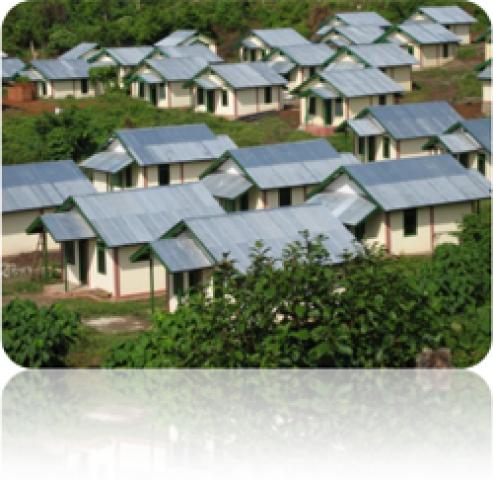 Jammu & Kashmir: Nearly, waiting for more than eight months to get the good news, urban poor are finally in a position to get accommodations to spend some smooth days and nights under concrete roofs. Officers in Jammu Municipality got nod to go ahead two days ago after they were informed that funds in this regard has been released.

Well-informed official sources said that there are 300 families, who have applied for the financial assistance under the scheme of Basic Services to Urban Poor (BSUP), under national mission of Jawahar Lal Nehru National Urban Renewal Mission (JNNURM). Aspirants would be given assistance of one lakh as first installment after authorities consent by revivifying their credentials. As all the three hundred families have been verified already and to make the disbursement fare revivification is to be done.

To this a team has been constituted which comprises of Joint Commissioner JMC, Secretary, Accounts Officer and Naib Teshildar Revenue Section JMC. It would take not more than a fortnight to complete process and the installments of first checque would be distributed to aspirants to start construction. Similarly, second checques will follow of the same amount. It is important to mention that as per the guide lines total sum of Rs 3.12 lakhs would be given to every deserving applicant.

According to sources, new 22 applications have been received by JMC but all these are to process. Authorities in JMC said that they would like to give preference to those who had applied earlier. The scheme was launched in Tamil Nadu and West Bengal but was extended to all the states with fresh advisory and required amendments in year 2010, November. According to guidelines, each municipality should have earmark 25 percent of revenue for the services to urban poor on yearly basis.

Filed under: Lifestyle, World
Share Tweet Pin G Plus Email
previous article: Oklahoma City Recycles Bridge Beams to Save County Bridges
next article: The Race for the White House: It Isn’t a Tie