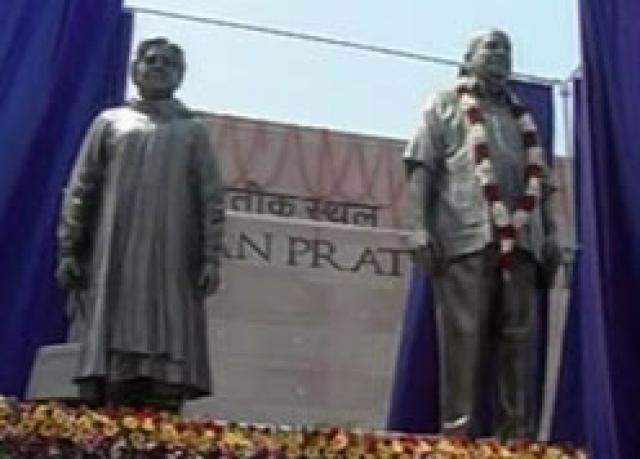 A statue of Uttar Pradesh Chief Minister Mayawati has been removed from a prominent location by the authorities here barely 45 days after she unveiled it, officials said. She wants a bigger statue of herself in its place. The operation to remove the bronze statue was carried out late Sunday with lights in the vicinity switched off. "The chief minister did not like the statue. The sculpture will soon be replaced by a bigger one," an official said on conditions of anonymity.

Officials said Mayawati was not happy with the quality of the sculpture. She had also expressed her displeasure over the fact that it was smaller than the statue of her political mentor Kanshi Ram.

The two statues were installed side by side at the start of Mayawati’s dream project – the Rs 5 billion Ambedkar Park in Lucknow’s posh Gomti Nagar. Across the road are statues of her Bahujan Samaj Party’s (BSP) most revered icon Babasaheb Bhimrao Ambedkar and his wife Rama Bai Ambedkar