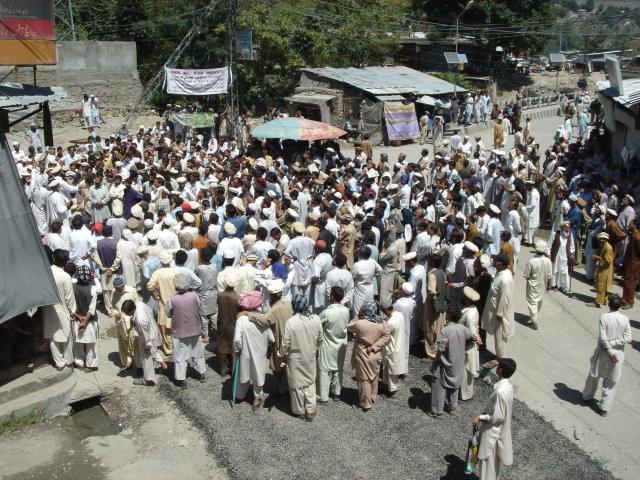 CHITRAL: The district administration of Chitral have lodged first Information Report (FIR) against the peaceful protesters who were agitating against longest load shedding and openly selling of narcotics in Chitral. Muhammad Kausar Chughtai advocate told this scribe that he confirmed from police station Chitral that Chitral police have lodged FIR against president and members of town power committee comprising on Khan Hayatullah Khan, Muhammad Kausar Advocate, Maulana Jamshid and Hussain Ahmad. He said that police have registered case against them under 16 Maintain of Peace Order (16 MPO) 506, 504, 341, 149, 147 of Pakistan Panel Code (PPC) and Section 34. He termed it totally injustice and determined that they will challenge district administration in the court of Justice for lodging FIR under these sections of laws  because there was no law and order situation in the district. He further said that they never thread to any body nor they violated rules and regulation or involved in any aggression or terrorism but even then the district administration booked them under very server sections  of law. They were protesting against longest load shedding peacefully and this is their democratic right. He said that there is no load shedding in Chitral town and suburb areas for the last two days after their protest  it means that there is no shortage of power supply but might it be politicized and people may be harassing under  proper conspiracy by some politicians to cash this issue.  He said there that there is three type of power generation in Chitral national grid station, SHYDO power house and wapda power house and there is no power theft no use of Air condition but Pesco/Wapda exercising 14 hours continue load shedding which is totally illegal and immoral. He said that they will never discourage by this way and they will continue their mission until fulfillment of their demand.