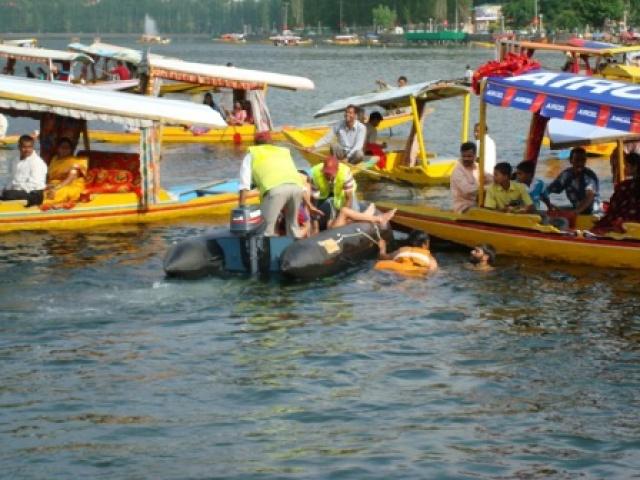 ,April 26 (Scoop News) –High velocity winds and tides were reported from Dal Lake Srinagar which resulted in capsizing of many Shikara/ Boats.

Meanwhile fire broke out in the shop of one Haji Abdul Rehman Bhat at Gulmarg Market Baramulla, falling under the jurisdiction of police station Gulmarg, which engulfed whole market. In this incident 15 shops were gutted. However no loss of life or injury was reported in this incident. Cause of fire is being ascertained.

Defence sources said that a team led by Lt Col PS Shekhawat alongwith troops and civilian staff of High Altitude Warfare School (HAWS) Gulmarg rushed to the site alongwith an Army Fire Tender and Fire Fighting Extinguishers. Troops of the HAWS promptly rescued the civilians and extinguished the fire on the site and thus prevented further loss of Govt/Civil property. A piquet of 18 KUMAON was also established to guard the stores at the site.

The local traders, the staff of Gulmarg Development Authority, State Govt Departments and Police appreciated the prompt response of Army to douse the fire and save valuable property from destruction.

There is complete synergy and cordial relations between the Army and the civil administration in Gulmarg and in the past also prompt assistance has been provided by the Army.