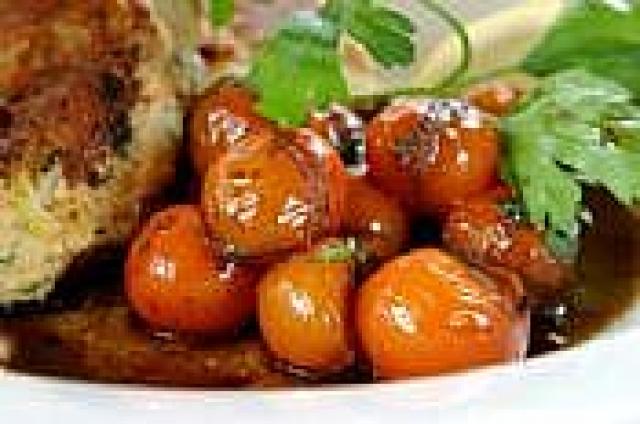 Fire roasted tomatoes add a delicious, smoky flavor to chili, salsas and even pasta sauces. You can purchase canned fire roasted tomatoes at the store, but it is easy to roast tomatoes on a gas or charcoal grill. Don’t worry, you won’t be slaving over the fire for long—the tomatoes cook quickly and freeze well—which means you can enjoy their flavor long into the winter. Here are tips for fire roasting tomatoes.Roma tomatoes (also called paste or sauce tomatoes) work best for fire roasting. These tomatoes have dense, meaty flesh and few seeds and they hold up well on the grill. Don’t bother trying to roast beefsteak, slicing or cherry tomatoes—they turn mushy and watery when grilled.

When the tomatoes develop dark char marks (about 5 to 8 minutes depending on the size of the tomato and the heat of the grill), use tongs to flip them over. Continue cooking until the skins begin to blacken in spots. Then, remove the tomatoes from the grill, pile them in a bowl, cover with plastic wrap and set aside.

When the tomatoes are cool enough to handle, peel off the blackened skins and dice the flesh, making sure to reserve the juices. I like to chop the tomatoes on a meat carving board—a special cutting board with a channel around the edge that catches juices.

Use the chopped, fire roasted tomatoes immediately in your favorite recipe or freeze them for later use. To freeze, pack the tomatoes and their juices into pint-sized freezer bags. Fill each bag to within ½ inch of the top. Seal the bag, being sure to squeeze as much air out of the bag as possible. Make the bags easier to store by first placing them flat on a freezer shelf. Once they are frozen solid, you can easily stack the bags.