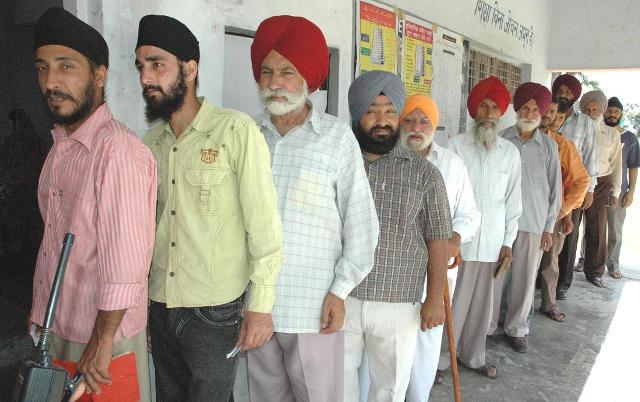 Over17 lakh voters to decide fate of 21 contestants today

, April 16  – Polling began today in the first phase of five-phased Lok Sabha elections across all the 20 Assembly segments of Jammu Parliamentary constituency spread over four districts of Samba, , Rajouri and Poonch.

As many as 17.21 lakh electors, including 23,674 service voters, will decide fate of 21 contestants in fray for Jammu Parliamentary constituency (PC), going to polls today along with 123 other constituencies in 15 states of the country.

Meanwhile the Chief Electoral Officer (CEO), J&K, Mr. B. R. Sharma has said that about 8 per cent polling has been recorded up to 9.00 a.m. in the Jammu Parliamentary constituency (PC), where polling is being held in the first phase of the five-phased Lok Sabha elections in the State.

The Chief Electoral officer said that polling was slow to begin with, but has picked up pace across all the 20 Assembly segments in the Jammu PC. He said polling is going on in a smooth manner and no reports of EVM malfunctioning have been reported so far.

Polling is picking up steady pace across all the 20 Assembly segments of Jammu Parliamentary constituency with young and old queuing up outside various polling stations to cast their votes early morning today.

Defying old age, 104-year-old Munshi Ram, cast his vote at 08-Bowani A polling station in Nowshera Assembly segment at Rajouri. Similarly, Ishar Das and Hansraj, in late 90s, were also among those who exercised their franchise in the early hours of the voting today.