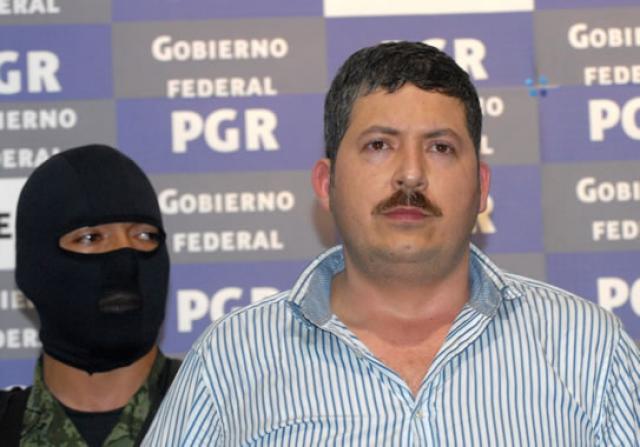 "La Burra", literal translation means a female donkey or jackass. Reports are showing another successful arrest of yet another big fish, a female jackass in this case, of the major drug cartel, the Brothers Beltran Leyva Cartel.

Mexican Military was able to apprehend Hector Huerta Rios, "La Burra", and 4 of his bodyguards at their Used Auto Dealerships, according to terra.com. The usual items were picked up at the location: heavy artillery, money, and the infamous kilos of cocaine, a cartel approved selection of items. The dealership was located in the city of Monterrey, in the state of Nuevo Leon, the epicenter for the Brothers Beltran Leyva Cartel.

It was stated that with the capture of "La Burra", one of the major elements in charge of the cartel, would affect significantly the distribution of drugs, at least for the Beltan Leyva Cartel.

Hector Huerta Rios is also responsible for being the negotiator between his respective cartel and the Gulf Cartel, both of whom have been trying to come to an agreement on the drug distribution agenda. The Sinaloa Cartel, an opposing threat, may or may not attempt a move now that Rios has been captured and has disturbed the easy flow of drugs throughout the city of Monterrey, especially throughout the north section of Mexico.

The arrest of "La Burra" was done via a Military Intelligence Operative and the capture was done without a battle in the OK coral. For more information about the procedure of the operative check out El Universal, Mexican newspaper.

It does not seem that much success will come out of bringing down "another big fish" of the cartel. The minute you take one out, another is sure to swim in his place. I would like to think that the problem with drug trafficking in Mexico is related to the political history of Mexico itself. The corruption, the malign intentions of a government, which still lingers even today in a time of reform and change within the country.

Is President Felipe Calderon fulfilling his promise to clean up the mess done by these cartel groups? I would like to think so, but the fact of the matter is, a problem as big as this will last for some time.

What do you think?

Filed under: Politics, World
Share Tweet Pin G Plus Email
previous article: See Recovery Only After 2009.
next article: Ways of Man VS God