Fitch ratings had declared that there were to be no new major measures being introduced for the oil and gas sector by the Union Budget for the fiscal year ending Mar. 31, 2015. This would later also be neutralized for Fitch’s rated oil and gas entities. “India will keep on using the current subsidy mechanism for price regulated products, including the gradual price increases for diesel aimed at trimming the state subsidy requirement,” Fitch said in a statement. 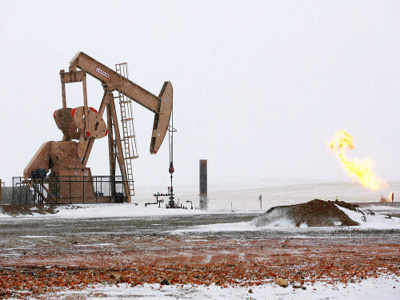 However, the budget allocated Rs 63,400 crore for petroleum subsidies to cover under-recoveries, the difference between the market price and government regulated price. Of this, Rs 30,000 crore is for subsidies incurred during fiscal year 2013-14, leaving a balance of Rs 33,400 crore for the current fiscal year.

According to Fitch, the overall under recoveries are estimated to be around Rs 100,000 crore for 2014-2015, as long as the monthly diesel price hikes of 50 paise per litre continue and no oil price shocks appear.

The Rs. 33,400 crore subsidy allocation for 2014-2015 and direct subsidies from upstream companies like ONGC of $56 per barrel to refining companies are broadly adequate to cover the estimated total under-recoveries.  Fitch said the upstream players, Oil and Natural Gas Corporation Ltd and Oil India Ltd, will bear a larger share of the under-recovery burden with the decline in under-recoveries.

It was been decided that coal bed methane reserves would be developed quickly and use modern technology to revive old or closed oil fields. The price of natural gas was to double as it was to be more market-linked from April 2014. This includes further deep-sea oil and gas exploration as exploitation of expensive deep-water reserves would be economically viable only if prices for domestically produced gas are raised. The new government had delayed a decision on that measure until September 2014. Fitch said: “The proposed higher gas price remains lower than the cost of imports, which have been increasing to make up for falling domestic gas production over the last few years,”.