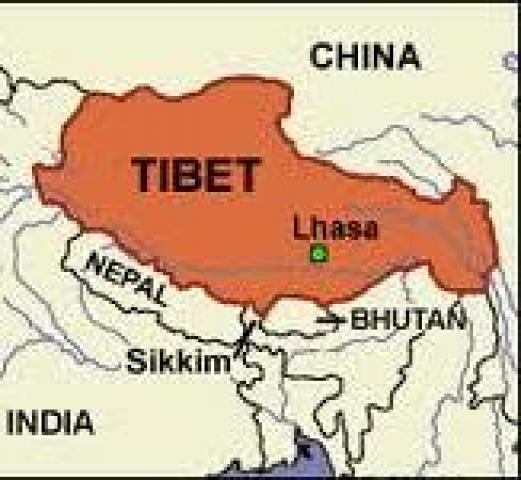 Mao Zedong, the first Chairman cum President of the independent People’s Republic of China, had spent more time to assess weaknesses of India than Jawaharlal Nehru, the first Premier of independent India, wasted in apprehending China’s strength –  whether driven by communism or by nationalism. Nehru’s fantasies with proving ideological supremacy of western liberalism over eastern nationalism both within India and neighborhood brought him closer to the US. To mention, Nehru was so scared and averse of nationalism as an ideology that he was up with swords to crush Indian homegrown rightist nationalist movement under banners of Hindu Mahasabha and Bharaitya Jana Sangh.

On the other hand Mao’s organization believed in the existence of two winds – Eastern and Western. And every landmass kissed by the Eastern wind, essentially, is or should be Chinese. Mao looked down upon Nehru as undeserving, a sycophant, in servitude to the Western wind. The biggest of the issues with Nehru was he failed to gain confidence of both the leftist and rightist camps in India. Gandhian madhyapantha (the Middlepath) is a philosophy, not necessarily a diplomatic success sutra – he could never realize this truth. His pre-independence struggle with Jinnah over ‘political’ space did cost him Muslim support. His post-independence rivalry with indigenous nationalists alienated him from ‘political’ Hindus. His flashy liberal mind drew him close to the US. His left-centrist brain made him stand behind the USSR. India took the first step toward being a ‘confused state’ under Nehru.

Mao declared Tibet to be the palm of China whereas Ladakh, Nepal, Sikkim, Bhutan and North East Frontier Association (NEFA, modern Indian province of Arunachal Pradesh) are its five fingers and it is China’s responsibility to ‘liberate’ them all. Nehru, out of laziness and myopia, still believed that China had no reason to be hostile toward India, even when China ‘liberated’ Tibet oppressively. Nehru was among the first in the United Nations to recognize People’s Republic of China in 1950 while China never officially recognized accession of Sikkim to India in 1975. Though Nehru was not alive to realize his callousness in the UN, he got a harder blow of betrayal from his Chinese counterpart, during his lifetime, in 1962 in the form of Sino-Indian war.

The first offensive launched by China was across MacMahon Line (international boundary between India and China to the south of Tibet) into Tawang frontiers of NEFA and across the remnants of Johnson Line (international boundary between India and China to the north of Tibet) through Rezang Pass of Ladakh. Ladakh and NEFA were the two ‘fingers’ who permanently identified themselves as Indian, and China was desperate to annex them. In spite of huge resistance the Indian troops fought an unprepared battle. The People’s Liberation Army (PLA) of China managed to advance and grab tracts of lands in AksaiChin, which essentially remained Indian territories till then.  There were attempts to establish treaty after both sides incurred considerable loss to human lives and exchequer. But things started deteriorating again when Nehru rejected Chinese counterpart Zhou Enlai’s claims on MacMahon Line. The diplomatic failure on Nehru’s part was again, neither a strong support from the US and UK nor the weakest of backing from the USSR. Ancient Chinese proverb says, if the Eastern wind does not prevail over the Western wind, then the Eastern wind will prevail over Eastern wind. Perhaps it was the other Eastern Wind that helped Ladakh and Arunachal-NEFA to remain with their natural Indian habitat.

Amidst this pandemonium of Sino-Indian tussles, the Chinese initiated coveted diplomatic talks with another ‘finger’ – the sovereign Nepal. Monarch Mahendra of Nepal, as if, foresaw the Chinese proposal to protect his kingdom. China had to return without much success as Mahendra refused to be the buffer state for China. Nepal’s language, culture, religion and festivals are far closer to that of India. India was overwhelmed at this gesture of Nepal and opened its borders with it for flow of trade.

The little ‘finger’ Sikkim, though retained its autonomous status for long since 1947 after the British left, the most popular King Tashi Namgyal of the sacred Chogyal dynasty signed a suzerainty pact with India in 1950. After Tashi, the next Chogyal lost popularity fast enough to pave way for a progressive Kazi Lhendup Dorjee to form Sikkim National Congress. Kazi realized the need to join India on ideological grounds. Sikkimese citizens could never have any appetite toward China for its demonic atrocities in Tibet, the root of Sikkim. In 1975, Sikkim joined Indian confederation as Kazi’s party won a unanimous poll.

Bhutan’s long cultural relations of Buddhism with India dates back to 9th century through the migrating Vajrayana Tibetan monks. Though India inherited the British suzerainty on Bhutan post-1947, it gradually moved toward being a partner of Bhutan from a big-brother. 2007 Indo-Bhutan treaty is seen as a strong Indian patronage toward Bhutan’s move for democracy. Bhutan maintains its watertight Tibetan Buddhist identity and hence feels much safe with India than China.

It is difficult for Chinese dragon to digest the truth that though they have forcibly ascended Tibet by all inhuman means, the Exiled Government of Tibet, headed by the Dalai Lama is hosted in the Himalayan city of Dharmasala by India. And the dragon scratched but could never poach in any of the five fingers of Tibet. And hence, China keeps up its attempt to scratch, even now.

Since 2009, Indian border tracts of Ladakh and Arunachal have been experiencing regular audacious intrusions of Chinese red-caps. They have engineered a Maoist uprising with prolonged bloodshed in Nepal, resulting in an overturn of pro-India Hindu monarchy. They have constructed mega-dams over the Tsang Po River that flows through Arunachal and Assam provinces of India, renamed as the Brahmaputra, forming their lifeline. The Chinese have laid out highways along the borders, to the rim, for easy and timely transportation of military masses. They object on international forums when premiers of India or the Exiled Government of Tibet visit Arunachal.

India government under Manmohan Singh is sleeping on these phenomena in the same way Nehru did. India is not responding, neither diplomatically nor adequately, fearing a second Sino-Indian war that would be retrogressive to India’s economic dream run. Well, the same fear could not avoid the first one and might not escape another in near future. But will the history repeat itself? Can the five fingers be protected from being severed? Or, can Tibet think of true liberation? Will the Eastern Wind of peace and democracy prevail over Eastern Wind of ambitions?

This article has been published before by the Morung Express, India

(Ajoy is a freelance writer and an independent South Asia observer)