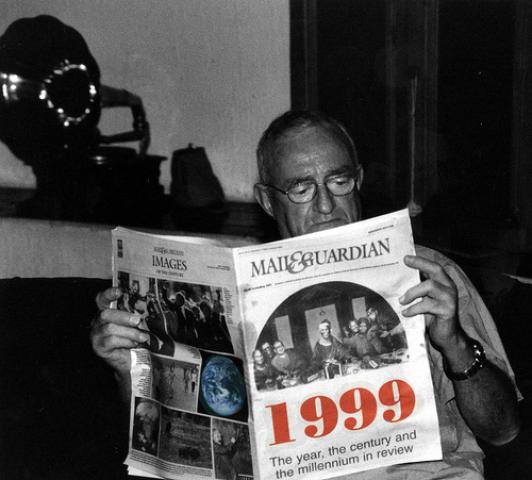 Yes, Ajmal is my son

Though LeT and JuD oraganization may disown him but the father of this pakistani gunmen had given the admitance that the young man who was responsible for the major terrorism in mumbai attacks is his son.

Amir kasav, father of Ajmal Amir Kasav, totally broke down when he made the statement to the dawn newspaper in the courtyard of his house in faridkot, a village of about 2,500 people in okara district of punjab province.

"I was in denial for the first couple of days, saying to myself it could not have been my son …..now i have accepted it. This is the truth. I have seen the picture in the newspaper. This is my son Ajmal," Amir said in his first interview to the media since his son’s arrest.

Reports said that the kasav has left the home frustrated 4 yrs ago and had went to lahore in search for a job. After a brush with crime in that city , he reportedly joined the let.Amir said his son disappeared 4 years ago. "he had asked me for a new clothes on Eid that i was not able to provide. He got angry and left".

Fearing of getting declared as the terrorist country, Pakistan has to rise up the hands against terror

After the mumbai attacks the defence minister of pakista, chaudary ahmed mukhtur had admitted that due to the pressure of india and america for spot investigations of terrorist organization pakistan had to work under huge tension and even they are afraid from the declaration of pakistan as the terror nation. Pakistan fears that if they get declared as a terrorist state then the whole economy of the country will get worsen up in such a manner that they will face big problem in the country hence the started to take steps against terrorist investigation as early as possible..

So far, strict actions are been taken on lethal terrorists like maulana masud ajhar, leader of lashkar-e-toeba, hafiz mohammed. Actions are taken on 31 terrorist along with masud azhar and hafiz mohamed and also 65 workplaces of "Jammad-ud-dava" are been sealed off.

Germany on friday said that banning of Jamaat -ud-dawa beleived to be behind the mumbai attack is not sufficient and pakistan must act further to prevent terror strikes.

German home minister Wolfgang Schaeuble, who held talks with home minister P Chindambaram and national security adviser MK Narayan, said there was Evidence to show that the islamik terror network behind the mumbai attack had origin in pakistan.

Schaeuble, who arrived here in india on friday regarding discussion co-operation for the terrorism in india had also said that Pakistan was being encouraged by the internationl community to "cope" and "fight" terrorism as it is a threat to it too.

nothing that"forbidding and organisation is one thing and to avoid crimes is another". He suggested that pakistan must try to ensure that no body commits terrorism again. On whether ask that is the pakistan government capable of cracking down the terrorists from root, schaeuble said that Hope and Optimism must not be given up.

Asked whether he though ISI was working independent of the democratic government in pakistan, shaeuble refused to make any direct comment but said sometimes governments are not in control of intelligence services even in mature democracies. The German minister said he was told by indian leaders that those behind the mumbai attacks wanted to create a situation of provocation and reaction between hindus and muslims, indai and pakistan. 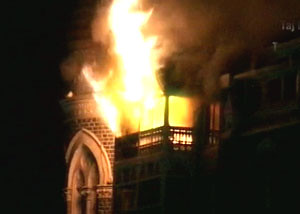 An estimated 60,000 peoples, including some celebrities on friday held hands and formed a human chain snaking through the worst hit sites of recent terror attacks- Tajmahal, trident-oberoi hotels and nariman house- in a peaceful protest against terrorism.

senior citizens, office goers, and school children paired up to make a 50kms long line at 12 noon to form a long human chain that passed through the metropolis which were slowly coming in rise after darking attack of 26 november leaving 179 people to be dead

After travelling in south africa for about 1month, The Beauties of the world will today participate in the fight for crown of Miss World. World’s 112 beauties are gettig participated in this competation. For the 2 hours of the competation the participants will be doing parade on the gown made by the designers of the southafrica and jamaica. Parvati omankuttan is the girl who gona represent the india in that competation. Live program will be broadcasted in india on zee cafe channel from 8:30 p.m.

In this years event special concentration is given on songs , dance and music. Miss england is going to perform over the stage as said by the organizations of the contest. For the competitions the participants had came to southafrica 1 month back and had started practising there. 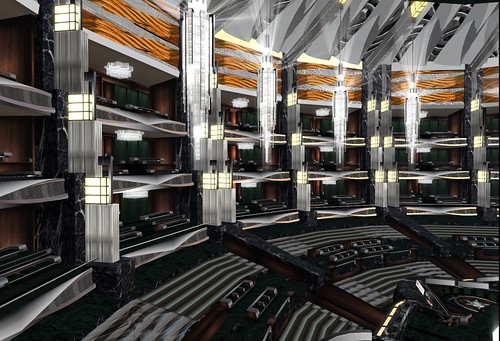 Indian boxers aim to rub out the cubans 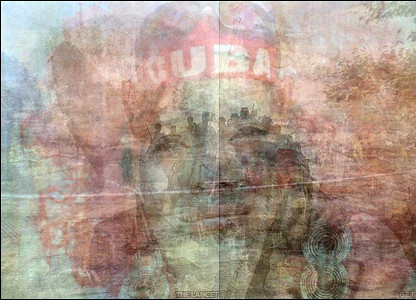 They are gunning for the gold but the task is easier said than done as the indian boxing quartet of Akhil kumar, jitender Kumar, Al Lakara and Dinesh Kumar brace up for the traditional powerhouses Cuba and Russia for AIBA world cup.

"Its cuba v/s india in semis but we are fully prepared and confident as we are raring to go" said akhil who is going to face olympics silver medalis yankiel leon aracal. Jitender and lakra are also up against cuban hernendez and Idel Torriente respectively , while dinesh kumar going to take up Russian Artur Beterbiev.

The quartet has already made history at the event by ensuring an unprecedented four bronze medals, besides a prize money of $2,500 each. Their sensational performance has put india on the tied third spot in the overall standings behind Russia and cuba.  Akhil, jitender, lakra and dinesh have also combined to match the cubans in the points-per-boxer -average due to high scores they have managed so far.

Oozing confidence ahead of the big day, the quarter is taking it easy on the rest day to not let pressure build on them.

"we cant keep thinking about how big these bouts are It’s all about remaining calm. Our coaches-G.S Sandhu and Jaidev bisht-have worked really hard on us. Let’s see how things pan out on saturday" the 27-years old akhil has said

Bollywood actor john Abraham has been adjudged the sexiest asian man in the world in 2008.

In the annual round conducted by the eastern eye, a leading british Asian weekly, Abraham emerged the top in a Shortlist of 10 with Hritik roshan and shahrukh khan at second and third places.

The weekly sent judges a shortlist of 10 names. The judges then ranked the names according to their individual preferences and the newspaper then compiled the results to produce a final list.

"John Abraham made up for a quiet year with a sensational look in Dostana, with one of the greatest physiques ever seen on the big screen. His body helped to make the film a hit with Asian women," Hamant verma, editor of eastern eye, said.

Filed under: Media & Tech, Politics
Share Tweet Pin G Plus Email
previous article: Pakistanis will not be handed over to India
next article: Gates in top 10 list of worst tech forecasts.