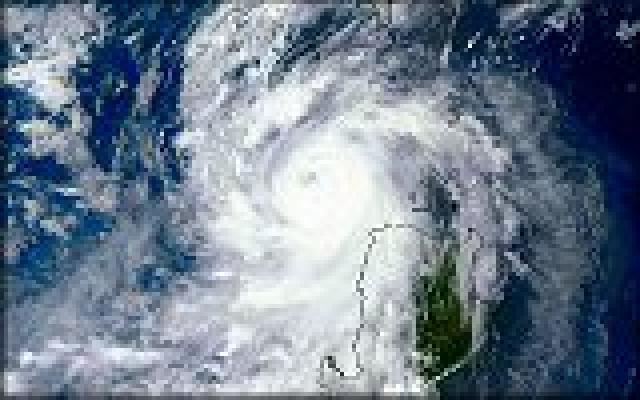 MANILA, Philippines – At least 10 residents were killed and hundreds missing, even as floods from the Aklan River wiped out entire communities when typhoon "Frank" lashed the region over the weekend.

Jess Marquez, executive assistant to Aklan Gov. Carlito Marquez, said that except for intermittent cell phone service, the province is cut off from the outside world as of Monday.

"Yung baha, waist to chest height. Ang mga near Aklan River, wiped out ang ibang communities (Floods reached as high as chest level. Many communities near the Aklan River were wiped out)," he said in an interview on dzBB radio.

He said that as of Monday morning, the province was cut off from the outside world as only the network of Smart Communications was working, and only "partially."

Marquez said Smart’s network would not accommodate incoming or outgoing text messages, and voice calls would last only five minutes before the line was dropped.

The governor’s executive assistant cited information indicating their power generators, including those that power the province’s hospitals, are submerged in mud and water.

He asked for generators, potable water, and food supplies as well as fuel for the generators.