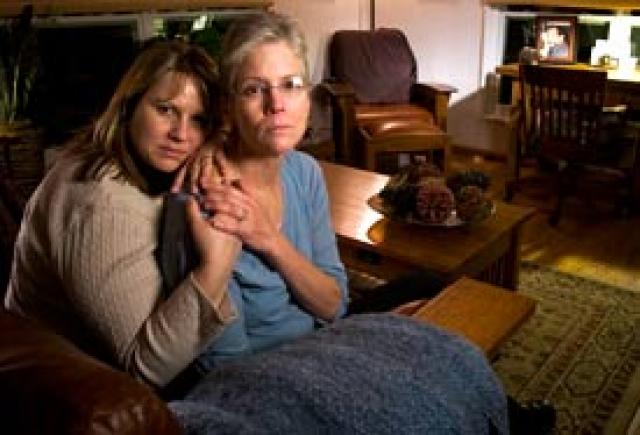 Authorities in Florida have halted admissions to a Manatee County psychiatric hospital for children and adolescents operated by a subsidiary of Psychiatric Solutions Inc.

The move marked the latest regulatory trouble for the Tennessee-based chain, which is the nation’s leading provider of inpatient mental health care and which has been the subject of several stories by ProPublica.

In November 2008, we co-published a story with the Los Angeles Times [1] that described PSI’s swift growth, as well as violence, sexual abuse and neglect at several of its hospitals around the country. Later, we wrote about a shareholder lawsuit [2] filed against the company and about ongoing problems at Riveredge Hospital [3], a Chicago-area facility that was investigated by federal and state authorities after an expose in the Chicago Tribune [4]. Illinois put a hold on the admission of foster children to Riveredge in the summer of 2008 and still has not lifted it.

Florida officials cut off admissions to Manatee Palms Youth Services, a 60-bed facility that serves patients aged 6 to 17, on April 16 after finding that officials had not lived up to promises to correct safety violations found earlier in the year.

In February, Manatee Palms was cited for forcing two patients who had suffered bone fractures to wait hours before getting treated. In March, the facility was cited for allowing a patient to use broken glass to cut himself or herself. Hospital officials submitted plans to address the deficiencies, but a follow-up inspection turned up additional incidents that had not been dealt with properly.

Manatee Palms “suffers from substandard conditions and deficient practices,” the Florida Agency for Health Care Administration said in its emergency order of moratorium. “Children and adolescents must not be subjected to such threats and dangers.”

PSI’s spokesman has not responded so far to ProPublica’s request for comment on the Manatee Palms admissions stoppage. Here’s the statement spokesman Brian Fulton issued in a story published by the Bradenton Herald [5]:

“Manatee Palms Youth Services is committed to providing the highest quality care to our patients in a safe environment,” it said. “We are cooperating fully with the state of Florida and the Florida Agency for Health Care Administration in order to continue to meet and exceed the quality standards our patients and community expect from us.”

Manatee Palms is not among the largest of PSI’s 100-plus facilities nationwide, but its issues may be hitting the chain at an inopportune moment. In March, reports surfaced [6] that PSI was in talks to be acquired by private equity firm Bain Capital. Company officials confirmed that several parties had approached them about an acquisition and said that the company had retained Goldman Sachs & Co. and Shearman & Sterling LLP to advise it. Analysts also have suggested that Universal Health Services Inc., another chain of hospitals and psychiatric facilities, might be looking at acquiring PSI.

Florida’s regulatory action could slow a sale, requiring prospective buyers to do additional due diligence, an analyst said. It is unclear how long the admissions moratorium will last or if it will affect the company’s expansion plans at a related facility nearby, Florida officials told the Bradenton Herald.

Write to Robin Fields at robin.fields@propublica.org [7] .