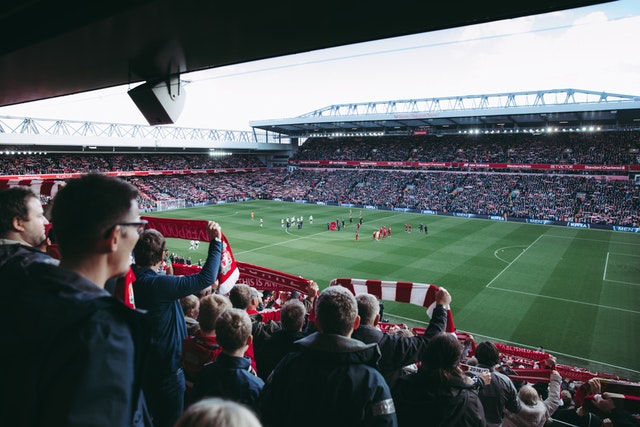 Sports play a huge part of the landscape in the United States, but not all of the sports are created equally. Baseball is still known as “America’s pastime,” but there is a new sport that screams America more than baseball.

Football, namely the National Football League, is now the most popular sport in the United States, and it’s not really even close. The term point spread is commonly used from September to February each year as people are so consumed with the sport of football.

Professional football has gotten so big that there are games three days of the week now, and fans are still demanding more action. The NFL is in the news nearly every single day in some form or fashion, and some of those news stories actually take away the shine from other sports as well.

Other professional leagues in the United States continue to search for new ways to crash the party of the NFL, but all efforts continue to come up short. There are some specific reasons that football dominates the sports landscape, and we will explore a few of those below.

The NFL has continued to mess around with the schedule over the past decade, and the league did just add another regular season game. Making a schedule change can be a big adjustment for fans, but this was a move that was pretty well received.

The NFL has a nearly perfect schedule, especially as each team is only slated to play just one game per week. Sundays are usually reserved for watching football in the United States, but Thursday and Monday nights are perfect as well.

Other leagues are simply too long, and fans lose interest at points during the year. Every game means something in the NFL and that has everyone tuning in each week.

The NBA does a tremendous job of marketing its top players, and it’s the best league in the world at doing that. Football players are sometimes hard to recognize underneath the helmet, but the NFL has done a great job promoting top players as well.

The NFL also recently loosened its stance on end zone celebrations and that has allowed fans to get a better look into the personality of the players. The popularity of the league means that the star players are always in the limelight.

Even though the league has spent years trying to make the game less violent, there is still plenty of hard-hitting that takes place. Fans love to watch contact sports, and football is the most violent of them all.

Fans often get frustrated with some of the penalties that come after a big hit these days, but those big hits can still occur. Players are also now learning how to make hits legally, and that has brought some contact back into the game.

There’s just something magical about watching grown men hit each other in an attempt to win a sporting event.

Perhaps the biggest reason that the NFL is the most popular league in the United States is that it provides the absolute best gameday experience. Ticket prices for NFL games are still outrageous, but there are only going to be eight or nine home games per year.

You can get some bad seats when watching baseball or basketball games, but most of the current NFL stadiums are great wherever you sit. This league has also spent billions of dollars to build new stadiums, and the facilities are top of the line.

Of course the best part about going to an NFL game is tailgating beforehand, and this is something that just doesn’t happen with other sports. A game day turns into an all day party, especially during the time when the weather is actually nice enough to be outdoors.

Football is the clear King in the United States, and it’s hard to see that changing anytime soon.

Filed under: Sports
Share Tweet Pin G Plus Email
previous article: Why 2015-2016 Was the Best NBA Season Ever
next article: 3 Benefits to Analyzing Your Onsite Content