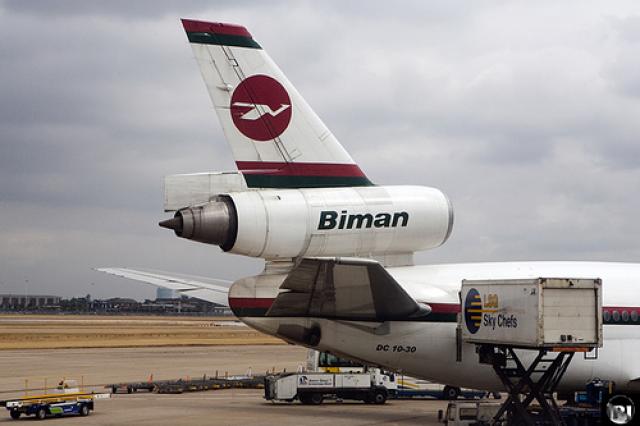 This is the first time Biman independently decides to buy any aircraft directly from the manufacturing company without any political and government interference since inception in 1972.

Prior to the inclusion of the new aircraft, Biman will take lease of four more Boeing aircrafts, two next year and another two in 2010.
Boeing will also provide advanced training and technical support to Biman pilots. It will assist Bangladesh upgrade the Zia International Airport (ZIA) so that wide-bodied Boeing 777-300 and Boeing 787-8 aircraft can land. It will also help Biman in its marketing.
Biman posted a record loss of more than 120 million dollars for the financial year ending June 2006 and is expected to announce a 100 million dollar loss for the following financial year June 2007.

Filed under: Business, World
Share Tweet Pin G Plus Email
previous article: Clinton Engages In ‘Republican’ Techniques According To Obama
next article: Amidst the Spitzer Scandal, New York Could Possibly Have Its First Black Governor