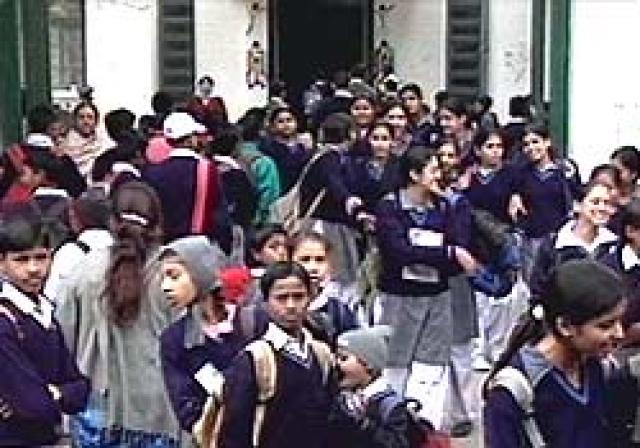 About 200 students of a government primary school in Uttar Pradesh were locked inside their classrooms for over 10 hours without food and water after the headmistress claimed they had stolen Rs 200 from her purse, an official said on Wednesday.

The students of the primary school in Jirha village near Amethi in Sultanpur district, about 80 km from here, were locked up by the teachers on the directions of the headmistress. At least 12 students fainted by the time their parents rescued them.

“Parents managed to rescue their children only by late on Tuesday evening. The children were not even given the regular meals under the mid-day meal scheme,” M Siddiqui, officer in-charge of basic education in Sultanpur, said.

“We have learnt that as the classrooms were locked, the parents broke the window panes and ventilators to take out their children,” he added.

The plight and physical agony faced by the schoolchildren during their 10-hour confinement was narrated by the parents.

Awadesh Kumar, the father of a schoolboy and a resident of Jaitraj village, said: “My son was lying unconscious when I reached the school. The small room in which my son was locked was very suffocating as it housed over 70 children.”

All parents collectively broke the grills and windowpanes to take out the children, he added.

Madan Dwivedi, another parent and a resident of Badagaon village, said: “The sight was terrible. My seven-year-old daughter was literally crushed under the weight of several students.”

With no one coming to her rescue, she was gasping in the dingy room, added Dwivedi.

Siddiqui, who left for Amethi on Wednesday morning for an inspection, said they had so far not received any reports of the students being beaten up.

He said he came to know of the incident after the parents of the students filed a complaint at the education department office.