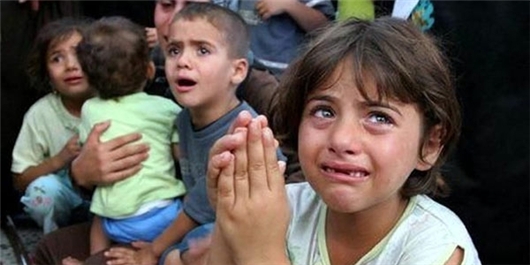 On July 25, 2014 Rep. Duncan of Tennessee asked for and was granted permission to address the United States House of Representatives for one minute regarding the tragedy of children being hurt and killed in a war zone:

“Madam Speaker, last night, on the national news I saw the terrible agony and tears of a man whose children had been, according to the report, blown to pieces when a school was hit in Gaza.

Hamas started this war. Israel certainly has a right to defend its people.

In today’s Washington Post, Michael Oren, the former Israeli Ambassador to the U.S., said it is “indeed agonizing” to watch the images of the dead and wounded and, I might add, especially the children.

Israel agreed to an Egyptian-sponsored cease-fire. Hamas did not. I rise today to plead for both sides in this war to at least let the little children get out of the war zone.

The United Nations has never been very effective, but it should at least attempt to lead in an effort to get children out of harm’s way.

If this fighting, unfortunately, has to continue, our President and State Department should at least do everything possible to get little children out of Gaza and to some safe place away from the bombs and the rockets”, said Duncan.

Congressman Duncan is one of the most highly represpect members of Congress. He serves on the following committees and subcommittees in Congress:

Committee on Oversight and Government Reform