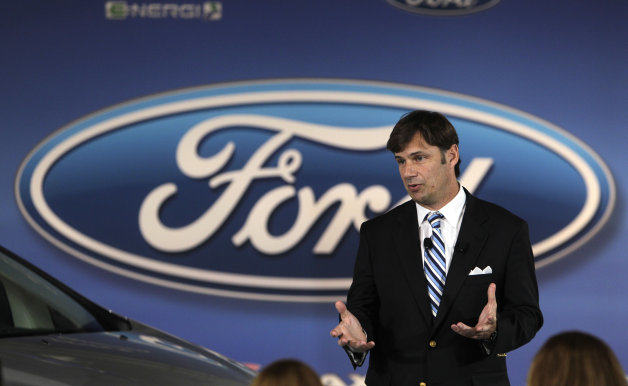 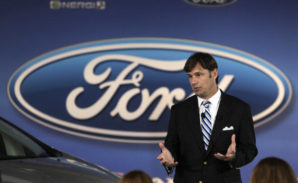 New York City, New York   (StockNewsDesk) – 09/30/2014 — Ford’s marketing and sales head, Jim Farley, set an audacious goal for vehicle sales to reach 9.4 million vehicles by 2020, a more than 50% increase from its current level of 6.2 million. However, the company warned investors that because of weak sales in Europe and South America, profit will be $1 billion less than expected.

The biggest takeaway was the company continued to execute with demand strong for the newest models, domestically and abroad, suggesting that it’s long-term prospects remain solid despite some short-term stumbles. The company expects North American sales to reach 3.5 million vehicles by 2020 a more than 20% increase from current levels of 2.9 million. However, because of the profit warning, shares tumbled after hours by 7.5%, wiping out all year to date gains.

In some ways, this is not surprising as Ford has been hurt by the rising dollar, which makes its products more expensive overseas, and the revenue overseas worth less. This is cumbersome for Ford, especially as most of its growth comes from overseas. CEO Mark Fields, Alan Mulally’s replacement, also highlighted that the company remained on track to reach long-term targets.

Ford’s South American unit will lose $1 billion in South America due to a slowing economy, political uncertainty, and inflation affected the bottom line, beside the currency aspect. However, this loss is an improvement from the previous year, and next year’s results are expected to be better because of improvements in the results. The economic travails in Europe also impacted Ford, as consumers had trouble obtaining credit along with stagnant income growth, led to a decline in sales.