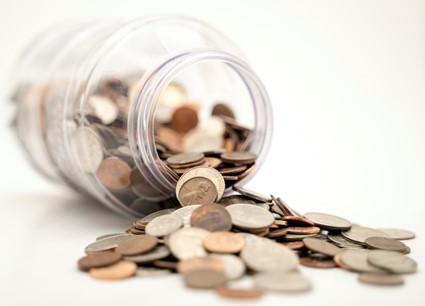 For most traders around the world, Forex and CFDs are popular mediums for investment. Both have a number of advantages, making them appealing to anyone wanting to make money in the financial system. Of course, both come with risk, as with all forms of trading, something every trader should keep in mind.

Although both types of trading have advantages, neither market is superior to the other. Given this, the proper place to begin is to discuss the parallels and dissimilarities between the two options. Through this approach, it’ll be easier to figure out which sector is best for your goals and long-term trading strategy. So what are the differences between forex trading and CFD trading? Let’s understand them separately, and that will give us a clearer picture.

What is Contract for Difference (CFD) Trading?

CFD stands for ‘contract for difference.’ It refers to a short-term agreement by a client and a financial institution or spread betting organization. The partners share the difference between the starting and concluding values of a specific capital asset at the expiry of the agreement. Forex, stocks, and commodities are examples of these financial instruments. CFD Trading involves incurring either a profit or a loss based on how well your chosen asset performs.

CFD trading involves the fluctuating prices of various financial instruments and which depend on the value of other assets. They enable investors to stake on short-term price fluctuations in both directions—increases as well as decreases—without the need to purchase the underlying asset. CFD trading has several advantages:

CFDs offer numerous benefits and are tax-efficient, requiring no stamp duty payment. Individual situations determine tax treatment, which might fluctuate or differ between jurisdictions. CFD trades can also be used to hedge a pre-existing portfolio. However, trading CFDs comes with as much risk as opportunity, so it’s important you are well-versed on both before opening deals.

What is forex trading?

The process of purchasing one currency while releasing another is known as forex trading. A pair of currencies is formed by the amalgamation of these two currencies. Market prices fluctuate very often, and forex traders try to profit from these fluctuations. If a trader believes the rate of a base currency should rise, they will open a buy deal (long position). If a trader believes the price of a base currency will fall, they will open a sell deal (short position).

CFDs and Forex trading both speculate on the movement of tangible assets. They both operate in an Over-the-Counter method. It means that their trades are decentralized and occur across a web of financial entities. Their transactions are usually carried out in a similar fashion.

Furthermore, they trade on the same platforms, prompting some providers to develop platforms that allow users to simultaneously trade both Forex and CFDs. CFD trading and FX both provide access to credit in the form of margin. When dealing with CFDs, the buffer available to investors is usually expressed as a specific percentage.

In Forex trading, the margin is usually expressed as a ratio, such as 1:10 or 1:20. If a trader’s leverage ratio is 1:10, for example, they can make $10 worth of transactions for every $1 in their account.

Another commonality between the two types of trading is that both have trading charges that are dependent on the spread, at least partially. The term spread refers to the disparity between the start and endpoints of the trading deal.

The primary distinction between CFD trading and Forex is the fact that CFD trading can be done on many types of instruments. These portfolios include indexes, commodities, and cryptocurrency, among other areas. Forex, on the other hand, is an absolute currency trading platform. When trading CFDs, you can choose from a variety of contracts with varying increment values and currencies. Forex trading is the exchange of one currency for the other, and it inevitably involves trading in fixed lot quantities.

The general elements that can usually affect the different markets are another point of difference in CFD trading and Forex trading. CFD trading is mostly driven by certain variables, such as a commodity’s market forces. Forex trading, however, is mostly influenced by international factors such as big movements in the workforce or worldwide political fluctuations. They both come with their set of inherent risks, but the nature of those risks vary.

People no longer have to leave their houses to enter the currency exchange market. They don’t even have to purchase the currency. Now, everyone can invest in the price of foreign currencies from the comfort of their home using a smartphone and take advantage of price swings as a result of online FX trading. If you want to start CFD trading or FX trading, your first step should be to find a reputable broker platform.

With the advent of digital technology, the way financial institutions around the world run has changed drastically, with access to a wide range of platforms. Be it forex trading or CFDs, you should always do your own research before you delve into it. With the widespread availability of resources and educational materials, knowledge is now more accessible than ever.

Filed under: News
Share Tweet Pin G Plus Email
previous article: Easing Into ERP: 4 Considerations for Getting Started
next article: How to Keep Your Child Safe From Cyberbullying