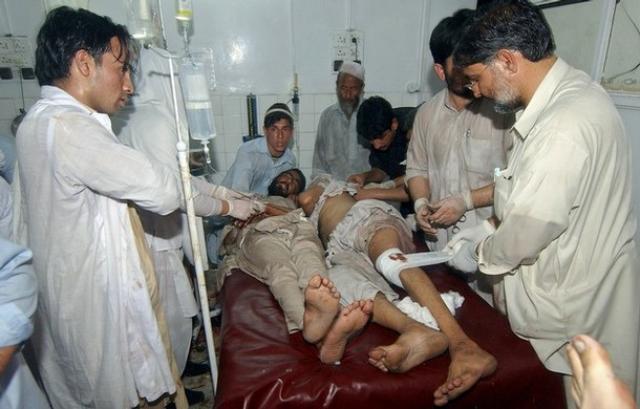 Talking to the Media,Hoti said that foriegn hands could be involved in Peshawar Blast.He said that provincial Government was looking into the incident from all the angles and terrorist would be brought to justice.

CM said the blast was of high intensity and fire fighters were busy putting out fire in the area,

The MS Lady Reading Hospital Peshawar Confirms the 25 people expired in the blast,90 were injued.Dr.Khizar

IG NWFP,Malik Naveed khan talking to the media said that 20-25kilograms of explosion had left a crater on the groung witch indicates the blast was not a suicide attack.