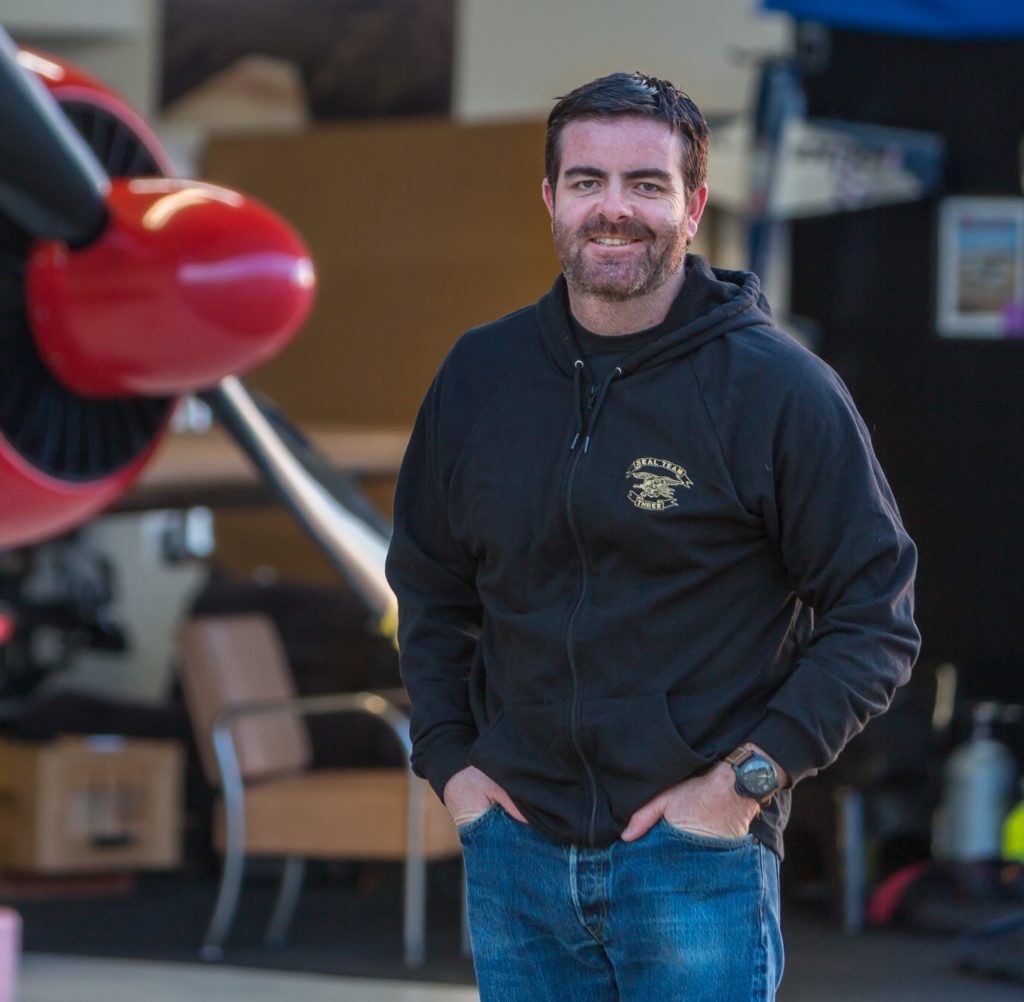 Former Navy SEAL Brandon Webb is proof positive that real life is better than movies. A bona fide war hero, a businessman who knows failure (in the Abe Lincoln/Harry Truman sense) yet bounces back to phenomenal success, Webb has a story to tell that challenges and uplifts. His narrative is also sobering. Not content to rest on his laurels, Brandon Webb gives back to the very people with whom he can empathize most: the men and women of Special Forces families. To hear him, or to read him, is to remember the existential truths…while we fret noisily over an incorrect Starbuck’s order.

Fiercely independent, Brandon Webb began to make his way in the world when he was only 16 years old. After moving out on his own and finishing his high school education, he qualified for and completed the rigorous Underwater and Demolition training of a U.S. Navy SEAL. He subsequently served in two capacities: Aviation Warfare Systems Operator as well as Search and Rescue Swimmer. Assigned to SEAL Team Three, he served several tours of duty in the Middle East, Afghanistan. While serving bravely as a warrior, his talents as a teacher and trainer were evident to his superiors.

His ultimate mission with the SEALS was as a sniper instructor. As a course manager at the Naval Special Warfare Center (NSWC), Webb was charged with graduating the most lethal U.S. Navy snipers in the long history of military service. Among his many service decorations is the Presidential Unit Citation, and the Navy and Marine Corps Commendation Medal. Following his retirement as a Chief Petty Officer, Webb would go on to serve in Iraq as a paramilitary contractor.

The son of small business operators, Brandon Webb was eager to embark on a commercial enterprise when he ended his time with the Navy SEALs to return home and devote himself to his family and new entrepreneurial endeavors. Too eager, perhaps, since his first venture failed within the first several years and he lost a considerable nest egg. At that moment in time, Brandon Webb not only watched the business he had sunk all his efforts into, disintegrating before him, but his personal life including his marriage was also coming to an end. Undaunted, Webb pressed on and next founded the Hurricane Group, a media company committed to highlighting products oriented toward men’s lifestyles. Clients include Crate Club and AirDrop, specializing in military-style gear. In addition, Hurricane heads up the branding for the Spec Ops Channel, the NewsRep website and SOFREP radio.

Former SEAL Brandon Webb, with others, recognized inefficiency and atrophy in the third-party logistics industry. In response, he and his partners established GSD Logistics to act as a fulfillment agent for e-commerce companies dissatisfied with the slow tempo and confusing billing of the entrenched logistics providers.

In 2012, Webb lost his best friend Glen Doherty, a CIA contractor and fellow NAVY SEAL, in Benghazi. This life-changing experience motivated him to found Red Circle Foundation, which provides support to the family of fallen and wounded Special Forces veterans by monetarily assisting with memorials, medical services, scholarships and more. Every penny of donated money goes directly to those in need; committed mission donor partners take care of the overhead.

With his broad knowledge of strategy, tactics, management, and organization, Webb applies his assets to this labor of love. While there were other non-profits raising funds and providing succor to war veterans and their families, the Red Circle Foundation would zeroes in on Special Forces vets and the people that love them. Modeled on the Special Forces mission of rapid response, the Red Circle Foundation is designed to deliver emergency funding to families in need, bypassing red tape and bureaucracy. Since so many government programs and well-meaning charities are slowed by these factors, Red Circle provides “gap funding” to serve Special Forces families in the interim.

Targets for gap funding might be mortgage payments, rehabilitation, utility bills, funeral expenses and financial aid for education. Application for such assistance is quick and easy. The answer is forthcoming within 48 hours. The SEALS, Green Berets, MARSOC, and other special ops units do business. The Red Circle Foundation believes they deserve no less after coming home. Leaving the overhead to business partners, Webb’s foundation can convey all donations–100 percent–to their recipients. To quote the SEALS, Red Circle is “all in, all the time.”

If you would like to help support the efforts of the Red Circle Foundation, feel free to visit our website at http://redcirclefoundation.org/how-to-help/ to learn more. “Be a Hero for a Hero”

Filed under: Community
Share Tweet Pin G Plus Email
previous article: Optimal Health Requires an Optimal Diet
next article: A Guide on What Types of Technology Go into The Typical Smart Home Today