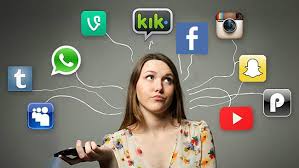 Snowden suggested that while Facebook and Google have improved their security, they remain “dangerous services” that people should avoid. So what is a girl supposed to do?

Edward Snowden – a  former system administrator for the Central Intelligence Agency (CIA) and a counterintelligence trainer at the Defense Intelligence Agency (DIA), he later worked for the private intelligence contractor Dell inside an National Security Agency (NSA) outpost in Japan recently gave an interview where he discussed various privacy concerns online.

The former spy said people who care anything at all about their privacy should as a rule, stay away from popular consumer Internet services like Facebook, and Google and Dropbox.

He added that on an individual level, people should seek out encrypted tools and stop using services that are “hostile to privacy.” For one thing, he said you should “get rid of Dropbox,” because it doesn’t support encryption, and you should seriously consider alternatives like SpiderOak.

Snowden made similar comments over the summer, with Dropbox responding that protecting users’ information is “a top priority.”

In a June blog post related to Snowden, Dropbox actually says, “All files sent and retrieved from Dropbox are encrypted while traveling between you and our servers,” as well as when they’re “at rest on our servers,” and it points to other security measures that the company is taking. The difference between Dropbox and SpiderOak, as explained elsewhere, is that SpiderOak encrypts the data while it’s on your computer, as opposed to only encrypting it “in transit” and on the company’s servers.

The former spy also suggested that while Facebook and Google have improved their security, they remain “dangerous services” that people should avoid.