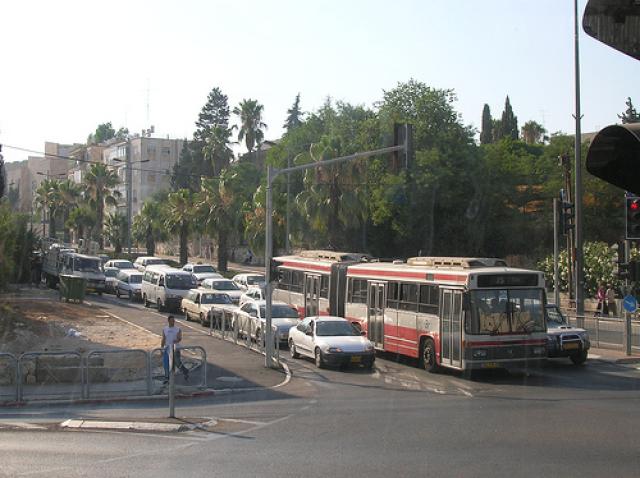 A Palestinian man ran his bulldozer into two buses, several cars of a busy street of Jerusalem. At least four people were killed, and forty-four were injured in this incident.

Israeli police shot him to death.

An Arab resident of east Jerusalem created the attack.

Police declared this attack as terrorist attack. A little known militant outfit, Imad Mughneih unit of Brigrades of the Liberators of Galiee, claimed the responsibility of attack.

According to eyewitnesses and official, the man was working at a construction site alongside the road. Suddenly  he turned his bulldozer into the road, overturning two buses and at least seven cars.The cars were standing at redlight.