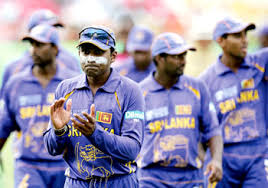 Sri Lankan Government hired four Psychologists to help National Cricketers to overcome the Trauma they are in after last weak’s Terrorist Attack targetted on them.The head of the Sports Medicine Unit of the Sri Lankan Sports Ministry Dr.Gethanjana Mendis said that these Psychologists will help our Cricketers to Mentaly Boost  ,heal their Mental Scars and overcome the Tragady that took place.

Seven Sri Lankan Players and their Australian Assistant Coach Paul Farbrace injured from the attack.Middle Order Batsman Thilan Samaraweera underwent a Surgery to remove a Bullet from his Thigh and Tharanga Paranawithana a Bullet from his Chest.Spinner Ajantha Mendis is having a sharpnal Extracted from his back and the head.

"These three players needed atleast Two Months rest before begining some light training .But they are all doing fine and  will be discharged in few days time "Dr.Mendis added.

Eight People including six policeman and two Civilians were killed from the attack in last Tuesday at Lahore involved by Twelve Gunmen with Automatic Weapons.