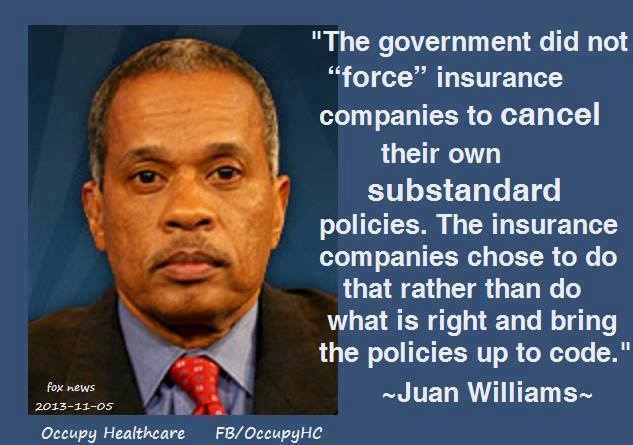 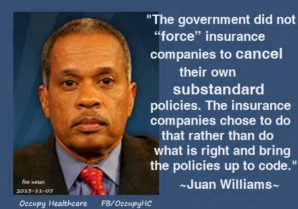 Over the last couple years I have reluctantly found myself defending President Obama and the Affordable Care Act (Obamacare). Just to be clear, I am not a supporter of President Obama or Obamacare. Like nearly 100 million other Americans that consider themselves Liberal or Progressive I oppose Obamacare because it doesn’t go far enough.

Twenty-Seven years ago I switched political parties and became one of the first Americans to register as a member of the Green Party USA. I’ve not switch parties and fully support the Green Party political platform. Greens have long called for universal healthcare (Medicare for all) and have opposed the “free-market” healthcare system that Obamacare solidly keeps in place.
Nonetheless, as a student of the media, journalism, and a two-term intern at Project Censored I have learned the importance of fact-checking. This is how I repeatedly end-up supporting the president and Obamacare.

The amount of misinformation and straight-up lies that keep pouring out of the right-wing mainstream media over Obamacare is unprecedented. Never before in my lifetime have I seen so many Christians openly spreading lies about something so fundamentally Christian as to take care of those in need.
Last month I posted a comment and linked to a Salon.com article on some social media sites. I pointed-out the importance of the media fact-checking their work before going to press or on the air. I used the Salon.com article as an example. In the article, Erick Stern simply looked into claims made by three couples that had recently appeared on Sean Hannity’s cable show on Fox News. The three couples on his show where there to give personal first-hand accounts of how Obamacare had personally hurt their families and business.

However, after seeing the Hannity show, Stern called the three couples and looked into their stories. All six of their accounts turned out to be false. Some of their stories could be labeled as misinformed and others straight-up lies. One guy, claimed to be a “Christian youth motivational speaker” was bearing false witness on national T.V.

But Hannity’s show turned out to be just the beginning of a whole slew of phony personal first-hand apocalyptic accounts on Obamacare. Soon after the three couples on Fox News were debunked the Wall Street Journal (another Rupert Murdoch enterprise) published an op-ed piece from a California woman named Edie Littlefield Sundby. Sundby is a stage-4 gallbadder cancer survivor and she was told by her healthcare provider that they were canceling here coverage at the end of the year due to Obamacare.

She believed (and was probably told by folks listening to Fox News) that due to the new law she would no longer be able to get the same amount coverage at a similar cost. Once again someone simply fact-checked her claims and found them to be false. In fact, Thinkprogress.org simply went onto the new California healthcare exchange and found a couple of policies available to Sundby that would provide better coverage and could save her up to $8,000 a year in out-of-pocket costs.

The Wall Street Journal did not do their homework. Instead, they intentionally chose to mislead their readers, Edie Sundby, and millions of others just like Sundby. Once the article was published dozens of right-wing newspapers, radio programs, TV shows, and blog sites littered the nation with bogus Obamacare horror stories and pointing to Edie Sundby’s op-ed article the Wall Street Journal as their primary source.

Not wanting to miss out on the right-wing lie machine in full swing, CNBC’s Maria Bartiromo had another California woman on her show named Deborah Cavallaro. Cavallaro’s rant about how, “There’s nothing affordable and the Affordable Care Act” went across networks and her story was even picked-up by none other than NBC. Even though Cavallaro later admitted to never even checking to see if Obamacare’s exchange markets might be beneficial to her.

Again, when someone finally got around to fact-checking Cavallaro’s claims, this time The Los Angeles Times, they found Cavallaro qualified for subsidies and would end-up saving nearly $200 a month on new and better plans offered to her under Obamacare.

Just over a week ago ABC News joined in on the mainstream right-wing disinformation crusade. In Arizona, ABC 15 shared the misguided story Michael Cerpok, a leukemia patient that requires ongoing treatment. Cerpok was quoted as saying thanks to Obamacare his cost for insurance would go up an astounding $26,000 at year. Once again, more right-wing media programs and sites began quoting Cerpok and ABC News. And, once again, someone finally stepped in and fact-checked Cerpok’s claims and found them to be ill-informed.

No one at ABC News or the Heritage Foundation or Americans for Prosperity even considered fact-checking Cerpok’s first-hand experience with Obamacare. This time, Factcheck.org did the job of real journalists and media professionals and found Michael Cerpok actually has a number of options available to him that will provide him better coverage for less money, thanks to Obamacare.

What all this demonstrates is a widespread pattern by the right-wing mainstream media to deceive honest struggling hard-working Americans out of decent healthcare coverage. This is a cold calculated campaign of deceit orchestrated by those that claim to be representatives of true Christian values. In fact, the right-wing’s behavior of bearing false witness is morally reprehensible.

I don’t want to support Obamacare. I believe it is a half-way measure meant to appease the corporate oligarchs that pull the strings in Washington. I realize that in spite of what the Teabaggers say, Obamacare is not a government socialist take-over of healthcare in America. I wish it was.

For research links to this article visit me at Expats Post: http://expatspost.com/politics/fox-and-friends-lie-again/