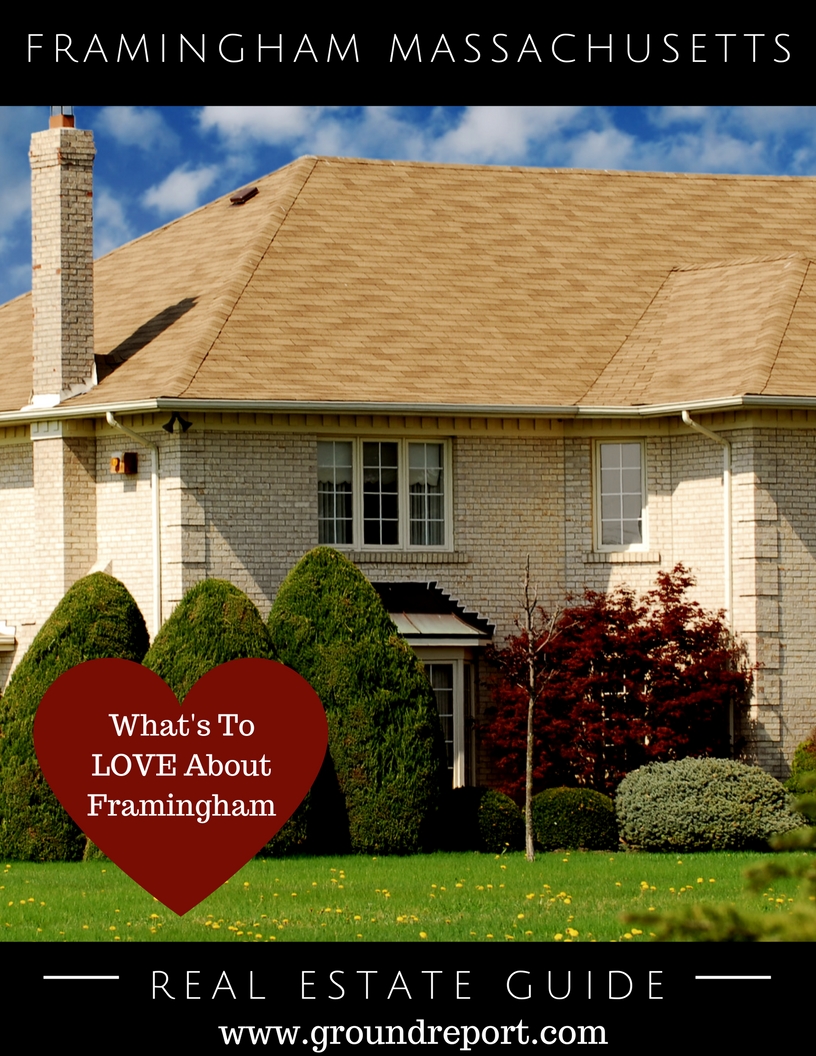 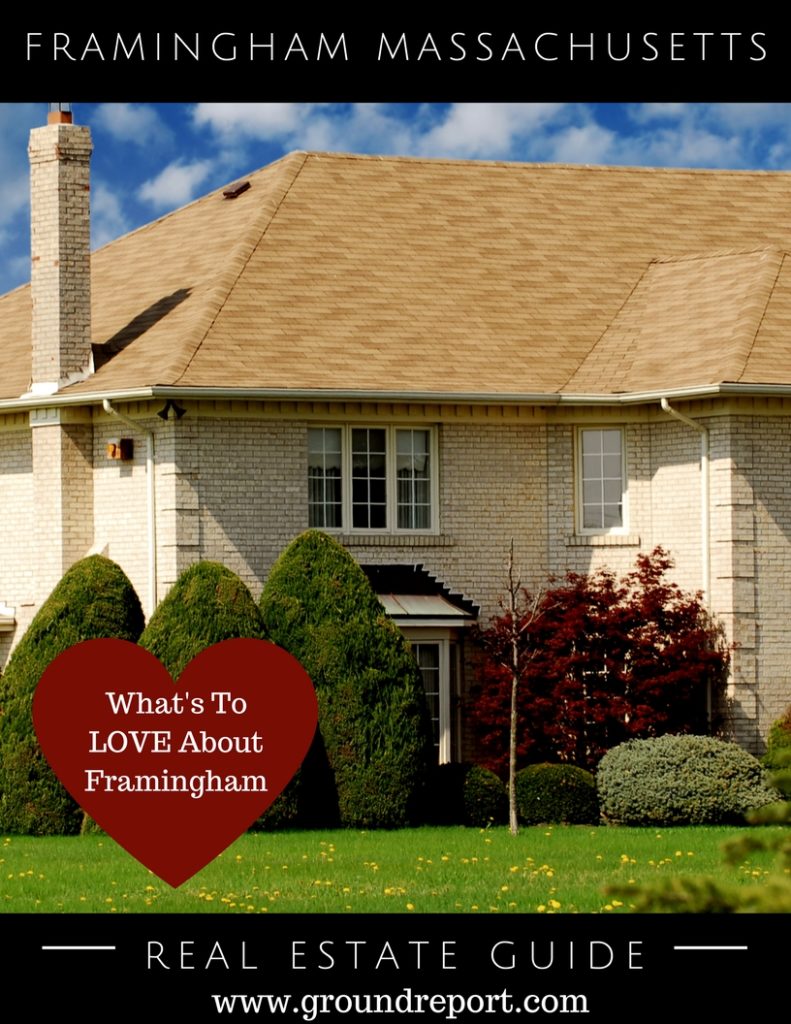 As the largest town in the Commonwealth of Massachusetts, Framingham offers a lot to potential residents. It has a deep and rich history, a solid housing market and is sizable enough that most home buyers can find something to suit their buying needs. Rated one of 2012’s “Best Places to Live in US” in CNN Money magazine, Framingham stands out as a unique Massachusetts town for a variety of reasons.

Things to Love In Framingham

Rich history – The area that would eventually be incorporated as Framingham was first settled in 1647. It took until 1700 – and the death of one of the major settlers, who resisted incorporation throughout his lifetime – before the area was actually turned into a town. With incorporation, the trappings of town life quickly followed, including a church, a teacher, and a schoolhouse.

Before the civil war Framingham was a major meeting place for members of the abolitionist movement. For over ten years the Massachusetts Anti-Slavery Society held events in the area, some of which drew major figures in the movement – including Henry David Thoreau and Sojourner Truth.

Like so many towns following World War II, Framingham expanded significantly after the war. Houses went up in abundance, many of which can still be recognized today by their ranch-style construction or split-level designs.

In 2000 Framingham enjoyed its Tercentennial – the 300 year anniversary of its incorporation.

Many price points – One of the great advantage to the size and diversity of Framingham is that it is fairly easy to find a home that fits within anyone’s price point. As stated before, rentals are abundant for people unwilling or unable to buy a home. For those that are looking to purchase, though, the area offers a number of different types of housing that can fit within various budgets.

There are condominiums in Framingham that come in under $100,000 – an excellent entry-level price for someone who wants to get started on the road to home ownership. For those with substantial incomes, there are plenty of homes in the town priced at above a million dollars. Most of the housing available in Framingham falls withing the mid two hundred to mid four hundred thousand price range, making it a reasonable place to buy a home for most Massachusetts residents.

Buying and selling is going on constantly in Framingham, making it an excellent market for those looking into real estate. No matter what you are looking for, chances are you can find it here. In fact, if you are looking to work with one of the top real estate agents covering Framingham Mass do your research. You want someone that has been selling homes in the area for a long time! I have been one of the top real estate agents in Massachusetts over the last two decades.

Working with a Realtor that is trustworthy and knowledgeable about the Framingham real estate market is important. A track record for consistent production is also worth mentioning. Having won many national awards for sales production, selling in Framingham comes naturally. In 2012 I was the #1  RE/MAX agent in all of New England and in 2013 I had the most real estate transactions of any RE/MAX Realtor in Massachusetts. 2014 and 2015 were also stellar years with production that placed among the top real estate agents in Massachusetts.

If you want your home sold in a timely fashion for the most money possible, I would be a great Framingham real estate agent to call!

Size and variety – Framingham has the distinction of being the largest town in the Commonwealth of Massachusetts. This means that residents have a lot to choose from – including different villages throughout the town to live in with different characters, as well as many things to do that only a town this size can offer. The town is located in the heart of Metrowest Massachusetts.

Route 9 divides the town, passing east to west and separating north from south. Downtown resides in the south, along with the villages of Lokerville, Coburnville and Salem End Road. In the north are the villages of Pinefield, Saxonville, Nobscot and Saxonville. Framingham Center is here is well, which is now known as the actual center of town and houses the town commons.

In downtown Framingham, you will find Framingham State University. From downtown, you can take public transportation around town or from Framingham to the larger metropolitan area of Boston and the commercial center of Worcester.

Housing options – The town is one of the few in Massachusetts to have met the legal requirements for developing enough affordable housing. It also offers a number of rental properties – important when you are not in a position to buy or you need more time to get the lay of the land before you commit to a mortgage. Framingham actually stands out among other towns in the area for its large percentage of rental properties.

South of Route 9 is where many of the affordable homes are found, although the western part of South Framingham does have a substantial amount of larger homes designed for single families. Victorian homes can also be found in the southern part of town near both Gleason and Learned Ponds.

The north side of town used to be farmland but has since been developed extensively. Many homes can be found in the village of Nobscot and Saxonville. There are still a number of ranch style homes to be found in the three major northern villages of Saxonville, Nobscot and Pinefield. What were once considered the epitome of an American home in the 1950s and 1960s, these single level houses are now considered modest – especially when compared to newer developments.

Location – Perhaps one of the most appealing things about Framingham is its location. Not only does it offer a sizable town to shop, work and play in, it is also situated almost exactly halfway between two of the most important locations in the state – Worcester and Boston.

As the commercial center of Central Massachusetts, Worcester is an important location for many workers and business people in the state. Some go here to work, others frequently find themselves coming to Worcester for business. Framingham is conveniently located closely enough to Worcester to allow easy access to those that need it.

Boston is what Massachusetts is the cultural hub of the state and for many is where work happens. For those who cannot afford to live in Boston proper, or for those who just want a quieter lifestyle, Framingham offers a nice middle ground. Come check out all the Framingham Massachusetts real estate market has to offer!

If you are considering a move into the Framingham Massachusetts area each of these towns is worth researching! Real Estate can vary tremendously in each community.

Other Real Estate Community Guides Worth a Look