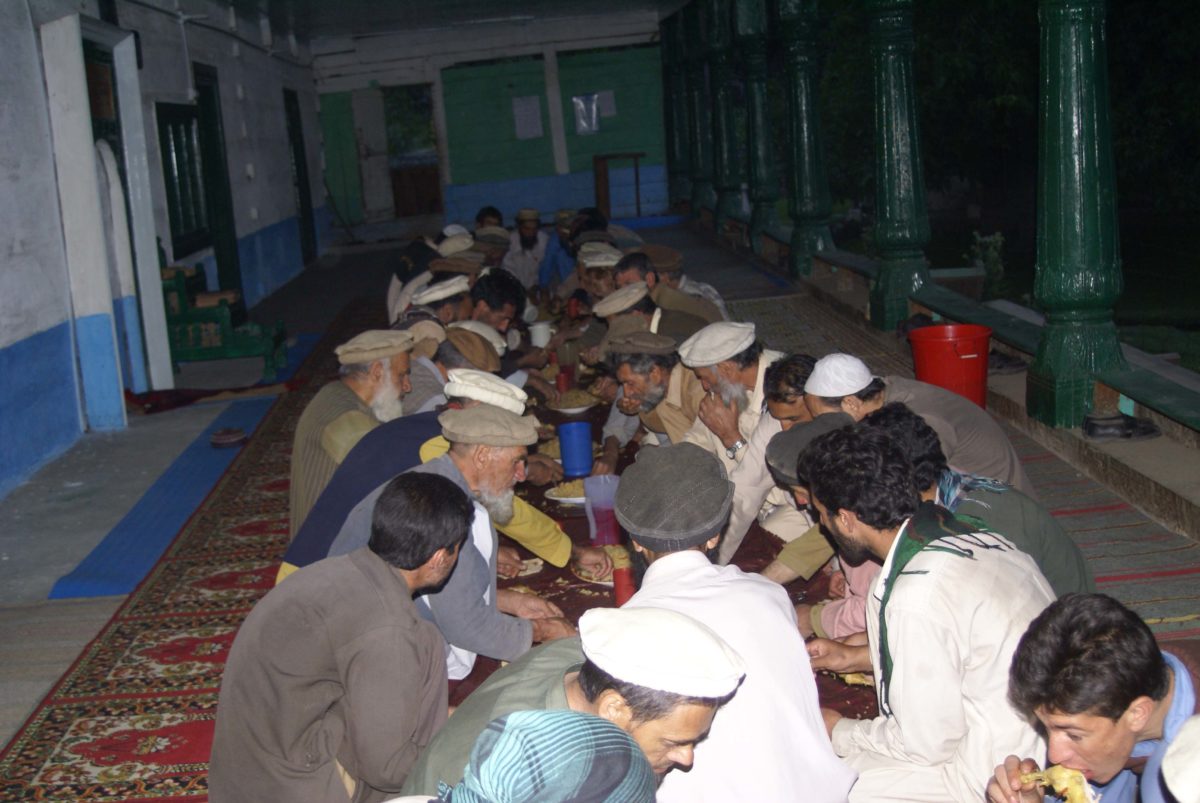 Free Iftari by Jamiat Ahle Hadis in 45 mosques of Chitral

CHITRAL: Jamiat Ahle Hadis Chitral chapter has arranged free daily iftar in 45 mosques of Chitral with the financial support of King Abdullah and Saudi public.  Qari Barkat Ullah of Shekhandeh valley of Chitral  which is 100% Muslim populated area told that in this remote area of Chitral  Jamiat Ahle Hadis provide edibles for Iftar  daily which benefits the local poor masses.  He said while this area is backward where roads  are  ruins and edibles availability is rare. He told that free daily iftar from Shah Abdullah is blessing for them in this holy month of Ramadan.

A student Muhammad Yahya while going to attend the Iftar party told that he is happy from this noble cause of Shah Abbdullah and thanked Jamiat Ahle Hadis Chitral chapter. Qari Khalil Ullah in-charge Iftitar program told that this program is continued in 45 mosques of chitral where thousands of people are getting free iftari including Dates, soft drink, rice and chicken. He told in Ayun, Ushriat, Buni , Ourghouch, Chitral Town, Arandu and other places Iftra party is regularly arranging by Jamiat Ahle Hadis. Umer Querishi amir Jamiat Ahle Hadis told that 1.5 million rupees is spending of this iftar program. People of the area appreciated this charitable work in remote areas of Chitral where volunteers of Jamiat Ahle Hadis dispatched the edibles daily for Iftari. 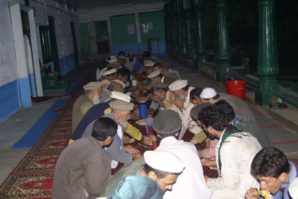