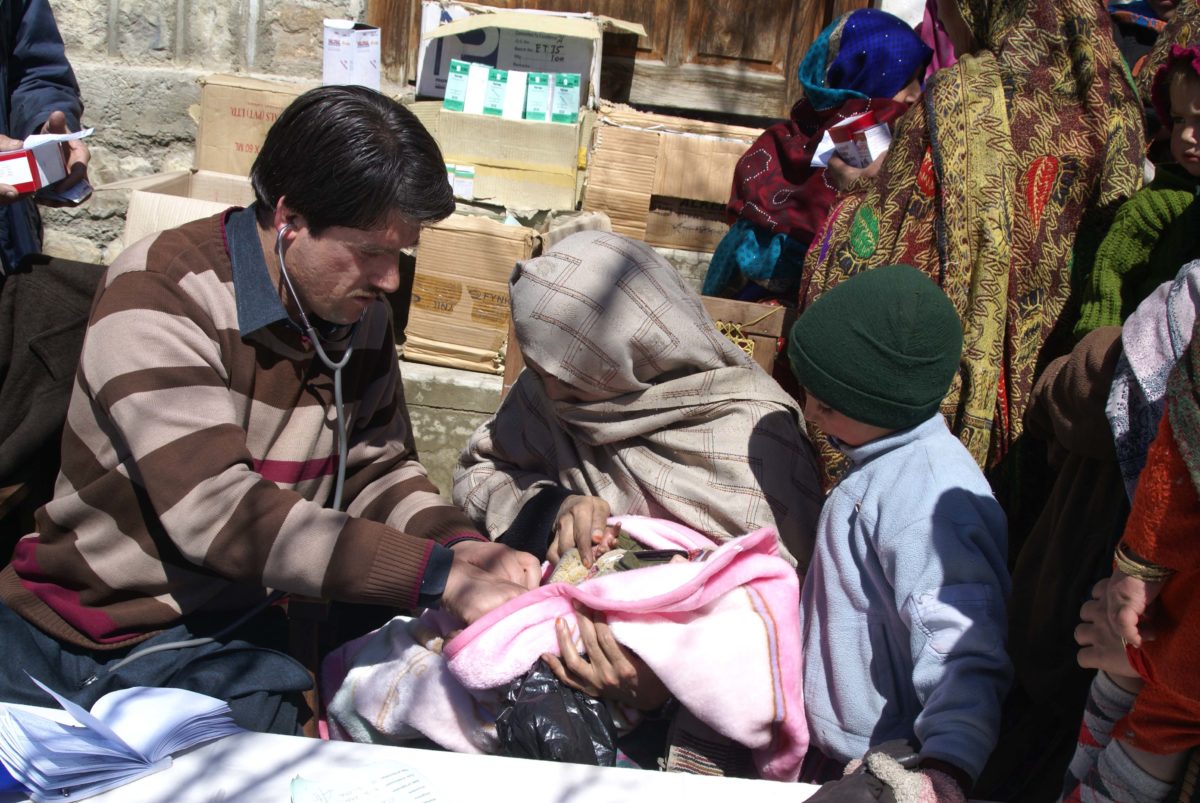 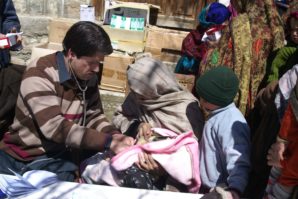 Free Medical Camp held at Khot, Pneumonia epidemic under control. Children hit by pneumonia at Reech valley of Torkho. By: Gul Hamaad Farooqi CHITRAL:  After outbreak of pneumonia at Khot valley of Torkoh free medical camps were held at different places of the valley under supervision of District Health Officer (DHO) Chitral Dr. Israrullah Khan.  Some 530 patients (mostly children) were examined in these free medical camps at Basic Health Unit Khot and Aga Khan Health center. Dr. Fayaz Ali Rooni district coordinator of Fata KPK Health programme  ( Save the children) , Dr. Shabir Ahmad of pediatric and doctors of  AKHS participated in free medical camp. Medicines worth thousands of rupees were distributed among the patients free of cost. A local social worker Mir Gulab Khan told this scribe that some 14 children were died most of them were affected by pneumonia and he informed AKHS high up as a result AKHS detailed their health team earlier and government health department also send their team two days back. A medical expert said that we collected data and history from parents whose children below one year were died and on oral autopsy it confirmed that these children were died by pneumonia. In this connection a function was also held at BHU Khot under the chair of Sher Aziz Baig former Nazim union council Khot. They lamented Khyber Pahtonkhwa Health project formerly PPHI (peoples primary health initiative) that their doctor was absent from duty. As all BHU are working under KPH project and this is a responsibility of their doctor and staff to inform their high ups as well as health department about the scenario and outbreak. They hailed Dr. Israrullah DHO who visited the valley twice a week and giving quick response he arranged this free medical camp. Residents of the area demanded from DHO for vaccination children door to door because there is some 2 feet snow and it is very difficult to carry newly born children to BHU for vaccination. They also demanded for free medical camp at upper area of Khot valley and up-gradation BHU to Rural Health Center Khot.  They  urged on health department for regularize all temporary civil dispensaries in the valley. Local people criticized district administration that Deputy Commissioner Chitral not visited the area after such a big incidence. G.H. Farooqi C/O Manager bank Islami Main branch Chitral Pakistan  phone No (0092)  0943-320737, 0943-316052, 0943-414418  ,03205989602, 03025989602, 03337069572, 03159698446, 03469002167 email: gulhamad@gmail.com,ghfarooqi@rediffmail.com, gulhamaad786@yahoo.co.uk,journalist786@outlook.com