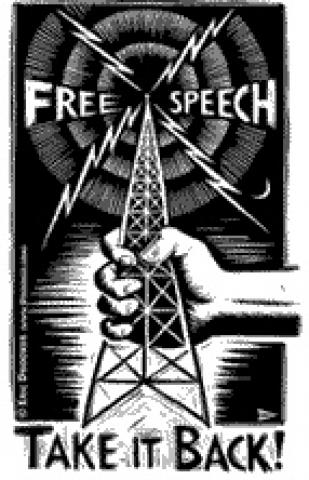 The Indonesian government has ordered the country’s internet service providers to block YouTube for publishing the 15-minute anti-Muslim film “Fitna”, made by Dutch MP Geert Wilders, leader of the anti-immigration Freedom Party (PVV). Some of the country’s ISPs followed the block order, but “Fitna” could still be viewed through other providers.

“A letter was sent to Internet providers asking them to block any site or blog posting the film Fitna (…) Not only YouTube has uploaded the film, so it is up to the ISPs’ discretion to block these sites,” a Communications and Information Ministry Official is quoted as saying.

Earlier this week, Indonesia had threatened to block YouTube unless the video-sharing web site removed the aforementioned movie.

The blog of the detained Saudi blogger Fouad Alfarhan was blocked today in Saudi Arabia, along with the Free Fouad website, which is dedicated to Alfarhan’s case, and the pro-reformist blog Freedoms. Users trying to access these blogs from Saudi Arabia were met with a notice saying “Blocked URL. Dear User, Sorry, the requested page is unavailable. If you believe the requested page should not be blocked please click here. For more information about internet service in Saudi Arabia, please click here: www.internet.gov.sa“. 115 days after his arrest, on 10 December 2007, Fouad Alfarhan remains jailed for unspecified “violation of non-security regulations.” On March 11th, 2008, Alfarhan’s nine-year old daughter, Raghad, released a YouTube video message for her father saying: “Daddy I miss you. When are you coming back home?”

A Turkish court banned access to Slide, the maker of social networking widgets, for “harboring pictures and articles that are considered to be insulting to Ataturk.”

In a note to Slide users in Turkey, Slide announced that it has contacted the Turkish government in the hope of resolving the issue via that route:

If you use Slide in Turkey, you’ve probably noticed that you are no longer able to access the Slide website or our applications (you may not even be able to access this post). The Turkish government has accused Slide of “harboring pictures and articles that are considered to be insulting to Ataturk,” founder of the republic.

We have contacted the government of Turkey in an effort to resolve this situation and will keep you updated on any changes. In the meantime, we’re trying our best to enable Turkish citizens to access our website and applications again.

According to Slide statistics, Slide widgets are being viewed by more than 143 million unique viewers every month in more than 200 countries on websites like Facebook, MySpace, Hi5, Orkut, and Blogger.

Maktoobblog.com, one of the most popular Arab blogging platform, was recently blocked in Yemen, cutting off Yemeni Internet users from the more than 46,960 blogs the service hosts. According to MaktoobBlog, there are currently 1,226 Yemeni blogs hosted by the service. All of them disappeared from the Yemeni Internet.

ONI technical investigation verified that the service has been blocked by Yemennet, Yemen’s government-run ISP. Access is blocked to the entire domain maktoobblog.com, effectively to every blog hosted by the service. Interestingly, users who attempt to access the site receive a network error message instead of the standard blockpage, which is served when users attempt to access sexual content.

This significant blocking is expected to hinder Internet users in Yemen from blogging and reading blogs because maktoobblog.com is home of one of the largest blogging communities in the Middle East and North Africa.