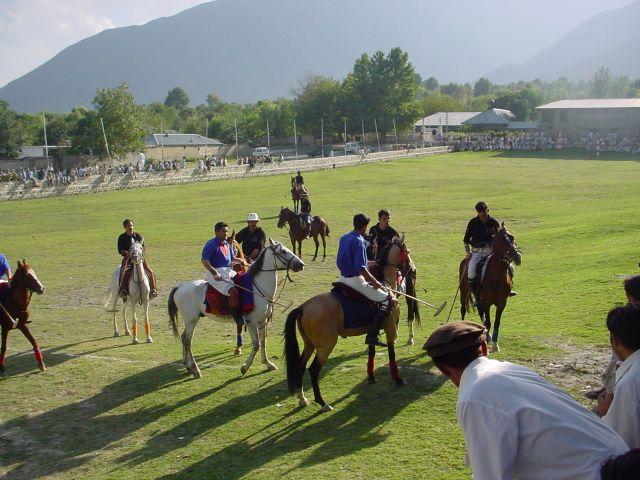 Free style polo is an important component of Chitral’s cultural heritage. It is outrightly free style and the only rule of the sport is that there is no rule at all. In the local Khowar language the sport is said to be‘ve ghongoro zhan’ or ‘a battle without sword.’ The sport has great popularity amongst the people of Chitral and Gilgit. With the beginning of spring, polo players resume the sport to provide entertainment to tourists and the general public. Nevertheless, during Shandur polo festival from July 7 to 9 every year the free style polo reaches its climax when the two titans of polo—the team of Chitral and Gilgit—play against each other before the enthusiastic crowd of about 10000.

However, the paradox is that this vital cultural sport is on the verge of disappearance owing to a host of constraints as follows:

First, the day-to-day price hiking seems to have affected the sports and people do not afford keeping horses. In the past, say till 1990s, as many as 60 village based polo teams used to participate in mega polo events in Chitral town, but now this number has shrunk to merely 20-25, which is a precipitous reduction and a worrying prospect so far as the future of the sport is concerned. Clearly the cause behind such a drastic deterioration of the sport is price hiking.

Second, there is no proper patronization of the sport from the government side. No incentives are given to the players nor has any polo event at national level so far been organized aimed at highlighting the sport and encouraging the sportsmen.

Third, most of the polo pitches in Chitral districts have been encroached in respect of shops, educational institutions and even jeepable trails passing through the polo grounds. No serous efforts to eliminate such encroachments have been undertaken yet. In absence of polo pitches, the village based teams have almost disappeared as it is meaningless to keep ponies without having the facility of polo grounds at village level.

Fourth, efforts to promote the sports need to be institutionalized. A strong and streamlined private sector can play a pivotal role in clearing the hurdles. There are private sectors—CAMAT [Chitral Association for Mountain Area Tourism] and Chitral Polo Association—with a mandate to work for the protection of culture and the welfare of traditional sports, but still a lot more needs to be done to protect and highlight the free style polo as cultural asset and tourism product.