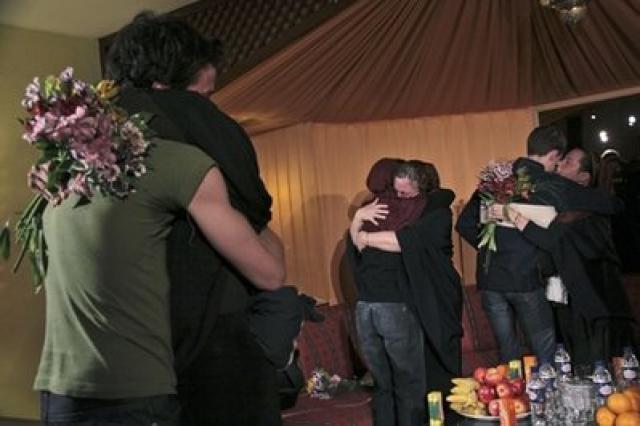 I hope everyone that reads this article goes to the website http://freethehikers.org/. Shane, Sarah, and Josh are three young Americans that made a big mistake. According to the website, on July 31, 2009, “they, accidentally crossed an unmarked border during a hiking trip in the mountains of Iraqi, Kurdistan,” and entered into Iran. Apparently, they unwittingly crossed the border and were detained. They are now being accused of espionage. On the 300th day of their captivity, supporters are calling for an international “day of freedom.”

This past weekend, mothers of the three hikers were allowed to see their children for the first time since captivity. They arrived in Tehran last Wednesday and were able to see their children on Friday. Unfortunately, the mothers were not able to attain assurances from the Iranian government regarding their children’s release. Let along a full accounting of the charges or trial dates. Shane, Sarah, and Josh’s mothers arrived back in the states on Sunday. In their first full length interview since their return, the mother’s talked with Amy Goodman of DemocracyNow! Nora Shourd, Sarah’s mom, talked about how grateful her daughter was for all the letters she received. Mrs. Shourd concluded:

“one of the things they asked us to do is they said, "When you go home, please ask our friends and our supporters and our family to have a day of freedom for us and then to write about it and try to get it back to us somehow. Enjoy their freedom, describe it to us in minute detail, whatever it is that you do, and give it back to us, if you can," which is a nice request. We’re going to try to do that on the 300th day.”

I hope everyone goes to freethehikers.org. Shane, Sarah, and Josh made an honest, naive, innocent, yet big mistake. How long shall they pay for their mistake? How long shall they be denied their freedom? What does it feel like to be free? Why not write down your thoughts? For me, freedom means you can publically speak, dance, paint, or act out your thoughts. For me, the U.S. Constitution’s First Amendment is one of the greatest statements in the history of human freedom. What do you think?

“Congress shall make no law respecting an establishment of religion, or prohibiting the free exercise thereof; or abridging the freedom of speech, or of the press; or the right of the people peaceably to assemble, and to petition the Government for a redress of grievances.”