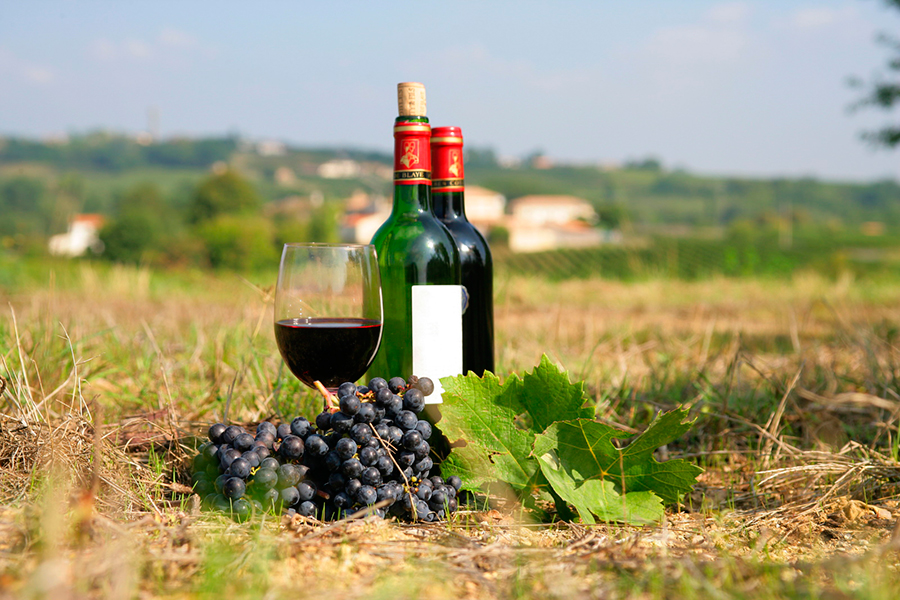 IT WAS many years ago that I first realised how tricky French wine labels could be for beginners when a lady friend of mine insisted that Chablis tasted so much better than the “regular whites” such as Chardonnay and Sauvignon Blanc. “Anything but chardonnay, yaar,” she said, using an expression that had become very popular in the United States in the 1980s and 90s. The expression, in fact, is now a part of the wine lexicon — it is known by its abbreviation ABC.

So you can imagine my friend’s shock when I gently let out the fact that Chablis is a famous wine region in Burgundy, France, and the white wine she had drunk was yet another expression of Chardonnay grapes. So is Pouilly-Fuissé, another famous Chardonnay, but from the Maconnais region of Burgundy. So also is a Côte de Beaune, which is a Chardonnay from the south of the Burgundian region of Cote d’Or. Going back to Pouilly-Fuissé, don’t ever make the mistake of believing it’s a cousin of the Pouilly-Fumé, the famous white from the valley of the Loire river to the west of France. The latter is a Sauvignon Blanc, just like the Sancerre, also from the Loire Valley!

If you read a French wine label, you’re most likely to find yourself sinking in a sea of unfamiliar verbiage, for none tells you what wine you’re about to drink. It may be a good idea therefore to first recap the names of the main French wine-producing regions and connect them with the wines/grape varieties they are best known for. Remember, each wine grape variety has certain distinctive qualities, gifted by the ‘terroir’ (soil and microclimate) of which it is a native, and these get transmitted to the wine it produces. In France, wine labels are supposed to tell this story. The Wine Company Gurgaon presents the connections you must first make to get to the bottom of the mystery:

Beaujolais — Gamay (light-bodied red). It is a part of the Burgundy region, but its wines have acquired a cult following, justifying its independent status.

Bordeaux — Cabernet Sauvignon, Merlot, which is the region’s most planted grape variety, and Cabernet Franc (medium-to-heavy-bodied reds). This region, famous for its reds, also produces whites made from Sauvignon Blanc and Semillon. France’s biggest and most prestigious wine-producing region, Bordeaux is divided into the Left Bank and the Right Bank (the two sides of the Gironde estuary), which are further split into sub-regions, notably Pauillac, Saint-Émilion, Pomerol, Médoc and Graves; its best-known chateaux have been divided since 1855 into five ‘growths’ ranked according to their quality profiles, the ‘First Growth’ having room for just five labels; Saint-Émilion has had its own classification system since 1955 and Graves since 1959. Confusing!

Burgundy (Bourgogne) — Chadonnay (white) and Pinot Noir (light-bodied red). It’s a complex maze of 100 appellations, including 44 of them that take their names from villages, classified as Grand Cru (2 per cent), Premier Cru (12 per cent) and Villages (the rest) according to rules dating back to 1855. These include the better-known Chablis, Corton (notably Aloxe Corton), Maconnais, Montrachet (notably Puligny-Montrachet) and Pommard. Of these, Chablis, Maconnais and Montrachet are famous for their dry whites (Chardonnay); Corton and Pommard are better known for the reds (Pinot Noir). More Confusing!

Provence — The region is home to 36 grape varieties, but it is famous for its  rosés, produced from Cinsualt, Mourvedre, Grenache and Syrah.

Sauternes — These prized dessert wines from the Sauternais region of the Graves area of Bordeaux are made with Sauvignon Blanc, Semillon and Muscadelle.

Sud Ouest (South West) — Malbec (a grape variety famously associated with Argentina) and a host of others.

To make life easier, I have interpreted three labels for you. The first is of Chateau Mouton Rothschild, which has the distinction of having famous artists paint the label for each vintage:

Toute la recolte a ete mis en bouteilles au chateau — The entire harvest has been bottled in the chateau. This authenticates the fact that each stage of the wine’s production took place in the chateau.

Appellation Pauillac Controlee — The wine is from the sub-region of Pauillac, a small town in Bordeaux famous for being home to three of the five ‘First Growth’ wines. Mouton Rothschild, in fact, is the only First Growth wine that didn’t get its status in the 1855 Classification, but in 1973, thanks to Baron Philippe de Rothschild’s lobbying power.

Baron Philippine de Rothschild — The signature of the chateau’s owner and one of the most influential women in France.

What the label does not say is that it is a Cabernet Sauvignon-dominated wine, with Merlot, the most planted grape variety in Bordeaux, playing a supporting role. Do not confuse it with the highly successful Mouton Cadet, which is produced by the House of Mouton Rothschild with grapes picked up from different regions of Bordeaux.

The art on the label is by Giuseppe Perone, the renowned Italian sculptor and leading light of the Art Provera movement.

The second label is from Burgundy, from a famous house of wine merchants.

Appellation Chambolle-Musigny 1er Cru Controllee — Chambolle-Musigny is an appellation in the Cote de Nuits sub-region of Burgundy. It is famous for its red wines extracted from Pinot Noir grapes. (As you can see, you have to go to Uncle Google to decode a French label, but you learn a lot this way.)

Mis en Bouteilles pas Louis Jadot — Bottled for Louis Jadot. As you can see from the legend below the name, Louis Jadot is a ‘Negociant-Eleveur’; in other words, the house of wine merchants, based in Beaune, Cote d’Or,  are also into the production of wine.

The third and last label is from Loire Valley.

Sancerre — This is the region famous for its distinctive, food friendly Sauvignon Blanc. The words ‘Appellation d’Origine Controlee’ indicate that it is a controlled appellation.

Filed under: Health & Science
Share Tweet Pin G Plus Email
previous article: Your Consultant with a London Address Could Be in China Instead
next article: Ladies! Do Not Make These Common Mistakes With Lipstick