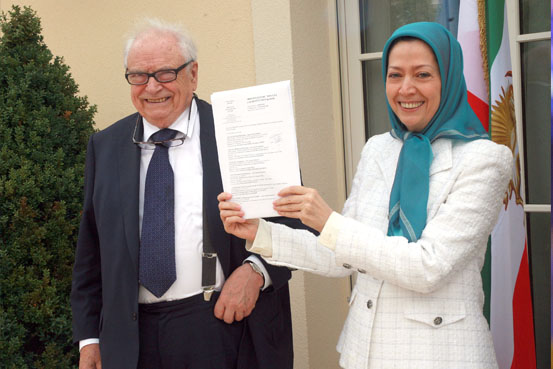 A number of prominent French lawyers issued a strong statement today, celebrating the end of an 11-year legal ordeal by Iranian dissidents in France, declaring it a victory for justice and a blow to tyranny.

The struggle began in French courts in 2003 when 164 activists of the principal Iranian opposition movement, the People’s Mojahedin Organization of Ira 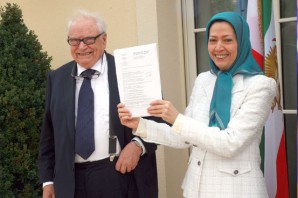 MEK) were arrested in a systematic police raid on the headquarters of the opposition political wing, the National Council of Resistance of Iran (NCRI) and homes of activists in suburbs of Paris. Most of these individuals were released shortly thereafter, but 17 remained in detention to face charges of terrorism related to the group’s actions in opposition to the Iranian regime.

Eight of the initial cases were subsequently dropped as well, including that against the President-elect of the NCRI, Maryam Rajavi. But the French prosecutors’ office continued to pursue charges against the remaining nine. Those cases were finally dropped this week, after an 11-year investigation failed to find any evidence that the group had either conducted or financed terrorist activities.

The statement of the French attorneys points out that the first order of dismissal took the unprecedented step of acknowledging that the Iranian resistance has a legitimate right to resist tyranny or repression in their country of origin.

l took place at all. They characterized the now-discredited terrorist accusations as a coordinated effort to demonize the group as part of a “political and commercial agenda” of the former government of France, which sought closer relations with the NCRI’s sworn enemies in Tehran.

he process as an “extraordinary and unacceptable legal saga.” They pointed out: “All remember the perfectly orchestrated character of this operation conducted at the time with fanfare by Jean-Louis Bruguiere.

According to the lawyers, who are among the most renowned French lawyers, “Keen observers had noticed that the opening of this procedure was directly related to what was seen at the time as the political and commercial agenda of France. NCRI leaders and their lawyers repeatedly denounced over the past 12 years the total groundlessness of the indictments, be it the charge of terrorism or the charge of a number of financial crimes. Indeed, we recall that the prosecution office of PARIS, facing the collapse of terrorism charges, had asked the judges to expand their investigation into financial crimes. In both cases, orders of dismissal have been rendered. And in both cases, the so-called charges laid against our clients were broken into pieces.”

“The harms arising from this procedure are obviously considerable,” the statement said. “It has been made possible only by the appeasing attitude of the French government at that time that bowed to an exploitation strategy conducted by the mullahs ruling in Tehran.”

The French lawyers concluded their statement by underscoring: “This decision is a relief as well as a source of great sadness in the face of an injustice that has severely undermined the image, reputation and integrity of a movement whose sole purpose is to struggle for democracy and peace. This decision also shows that all the allegations against the Iranian resistance members were unfounded.”