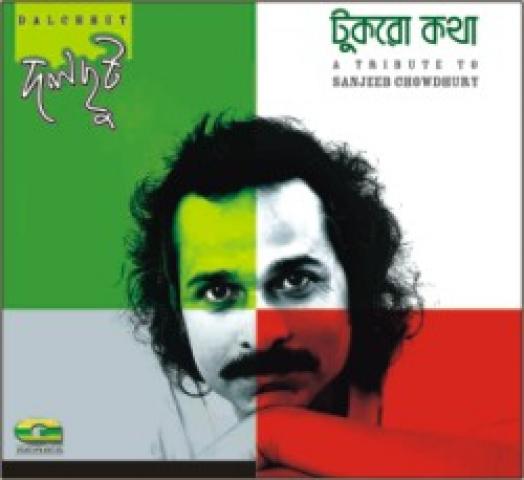 On the first death anniversary of singer-activist-journalist Sanjeeb Chowdhury, his band-mates (of Dolchhut) honoured his memories through releasing a music album titled "Tukro Kotha: A tribute to Sanjeeb Chowdhury." The album was unveiled at Coffee House, Elephant Road on November 19.

The album features a song written by Sanjeeb. Founder member of Dalchhut and noted singer Bappa Majumdar has composed and sang the number.

Arranged jointly by Dalchhut and production house G-Series, the programme also included reminiscence on the life and works of Sanjeeb by his friends, colleagues and well-wishers.

"This is not a typical memorial programme. This obviously means more to us," said Bappa Majumdar.

Sanjeeb’s widow, Shilpi Chowdhury, Khalid of G-Series, lyricist Russell and singer Shahed, among others, spoke at the programme.