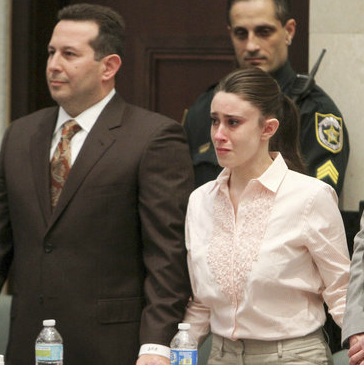 As news quickly spreads around the globe that Casey Anthony has been acquitted of first-degree murder in the death of her daughter, Caylee, many will no doubt be left in shock and many others angry. As difficult as it may seem, due to the fact that a little girl lost her life, it is important to look past the media hype to see why the correct verdict was reached.

Do I think Casey Anthony is guilty of murdering her daughter? Yes. Does my opinion matter? No. Same goes for Nancy Grace, countless other loudmouths on cable news, and anyone else that feels like chiming in. Opinions mean nothing when it comes to securing a murder conviction. For a system of justice to work properly you need proof to secure convictions, and there simply wasn’t enough proof for the prosecution to work with to prove their case.

Anthony’s defense led by José Baez did an excellent job of proving reasonable doubt in a horribly tragic case that leaves many unanswered questions, including cause of death. It was an uphill battle for the prosecution given that the coroner wasn’t even able to determine how Caylee died. Debate can go on and on whether or not the prosecution performed diligently but the truth is they didn’t have much to work with.

This case has been nothing less than a circus, partly due to the ever changing storylines coming from the courtroom, but mostly stemming from the media. Casey Anthony has been vilified throughout the media as this case has played out. Cable news has provided coverage 24/7, not shying away from offering baseless opinion. The biggest loudmouth, Nancy Grace who dubbed Anthony “tot mom,” was appalled by the verdict squealing: “somewhere out there, the devil is dancing tonight.’’ Even when people magazine saw the writing on the wall that an acquittal was likely, they chose the headline “Getting Away With Murder?”. 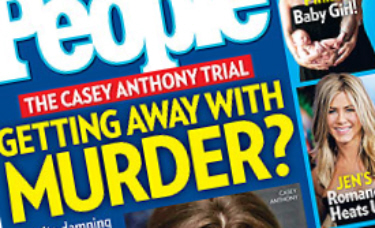 Shortly after the verdict was read, defense lawyer Cheney Mason scolded the media: “I hope that this is a lesson to those of you that have indulged in media assassination the last three years.”

The media behaved just as expected and will continue to follow the same path for every sensationalized trial that comes their way in the future. Much of the same behavior was also witnessed with the Amanda Knox case in Perugia Italy. Knox was shredded by the media worldwide long before a single piece of evidence was analyzed. However, the abuse sustained by Knox was far worse due to the fact that the media was being fed a constant stream of lies direct from the prosecution’s office, meaning that there was a far deeper evil driving the media campaign. For the media itself, the motivation is always the same, do whatever it takes to earn a profit, no matter who is victimized in the process.

The cases of Amanda Knox and Casey Anthony have very little in common but do shine a light on the stark differences in which the cases have been handled. In Florida, those watching the case live could see the Judge giving detailed instructions to the jury. Unlike Italian courts, the jury was sequestered in the Anthony case preventing the influence of biased media coverage. Of course not all juries are sequestered but this is often done in the US for high profile cases. It would have been very difficult to sequester the jury in the Knox case because Italian trials take far longer than most US trials, (the Knox case lasted eleven months while the Casey trial went just over a month) but US courts impose very strict rules on jurors to insure they are not influenced by outside sources. Jurors are told not to discuss the case amongst themselves or with others and to avoid media coverage of that particular case or do any independent research. Juror misconduct can lead to mistrials as their behavior is taken very seriously.

Similar instructions were absent in the Knox case. In fact, jurors (called lay judges in Italy)were free to associate with each other and all others involved throughout the course of the trial, often seen having lunch and coffee at the same cafes as the lawyers and journalists did. Jurors were free to discuss the case with friends and familyand received no instructions to avoid viewing press coverage leaving them to go home every night to nonstop media coverage, crucifying Amanda Knox. There is no doubt that this environment contributed to her Wrongful conviction.

The Knox case is likely to end with her being fully exonerated as the case against her has been completely demolished on appeal. The evidence is clear in the Knox case; she had absolutely nothing to do with the crime of which she is accused. Anthony’s case led to a finding of not guilty, which falls short of declaring innocence, concluding there wasn’t enough evidence to convict. Either way both will soon have freedom, but I suspect only one will have a clear conscience.

The jury in the Anthony case did their job in Florida and no matter what your personal beliefs may be, they reached the correct verdict. No system of justice is perfect but for a system to be humane it must prove guilt beyond a reasonable doubt or set the accused free.

We cannot imprison human beings simply because we feel they are guilty, no matter how strong those feelings may be. If we ignore this fundamental rule, we risk creating more victims like Clarence Elkins, Christopher Turner, and Danny Brown. Who are these people? Even though their cases weren’t sensational enough to get the attention of Nancy Grace, they were all cases of wrongful conviction, only to be corrected after each had lost many years of their lives. There are hundreds of similar cases that go mostly unnoticed, but are of no less importance than any case catching the media’s attention. In order to prevent cases like these, the guilty must occasionally be set free.

Blackstone’s ratio: “better that ten guilty persons escape than that one innocent suffer“

Filed under: Journalism, News
Share Tweet Pin G Plus Email
previous article: The more intelligent dog will have a protective spirit
next article: CAG: Undue reliance on age-old computer systems at RCC, can ‘compromise’ its integrity