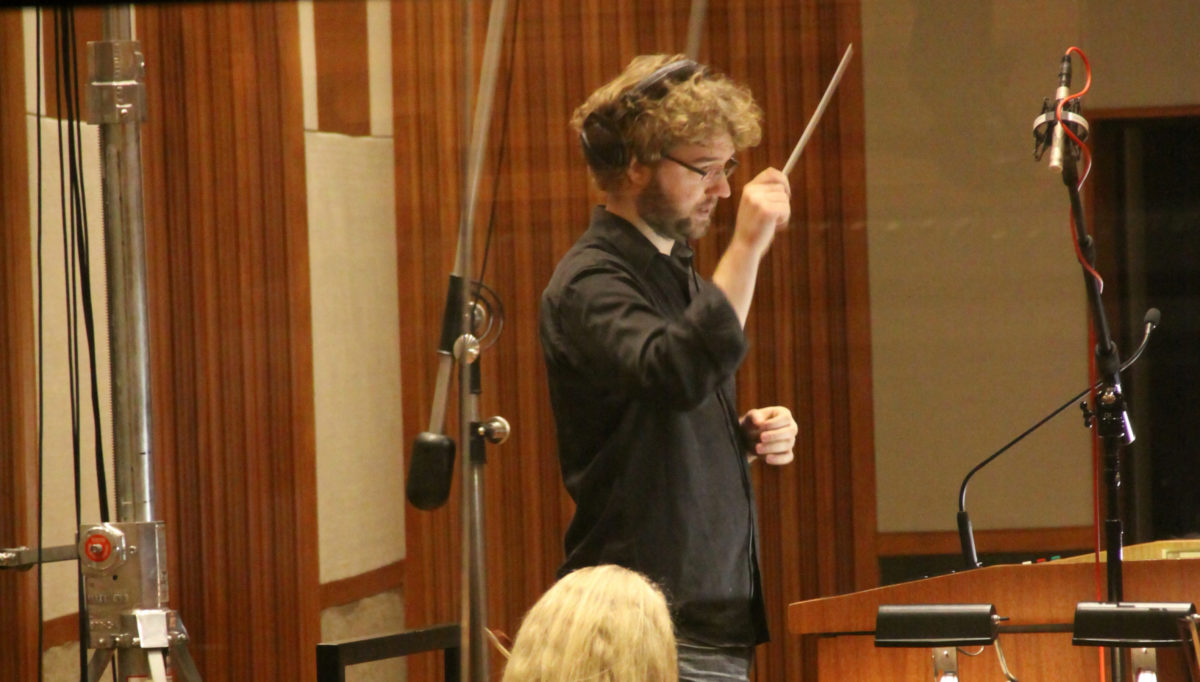 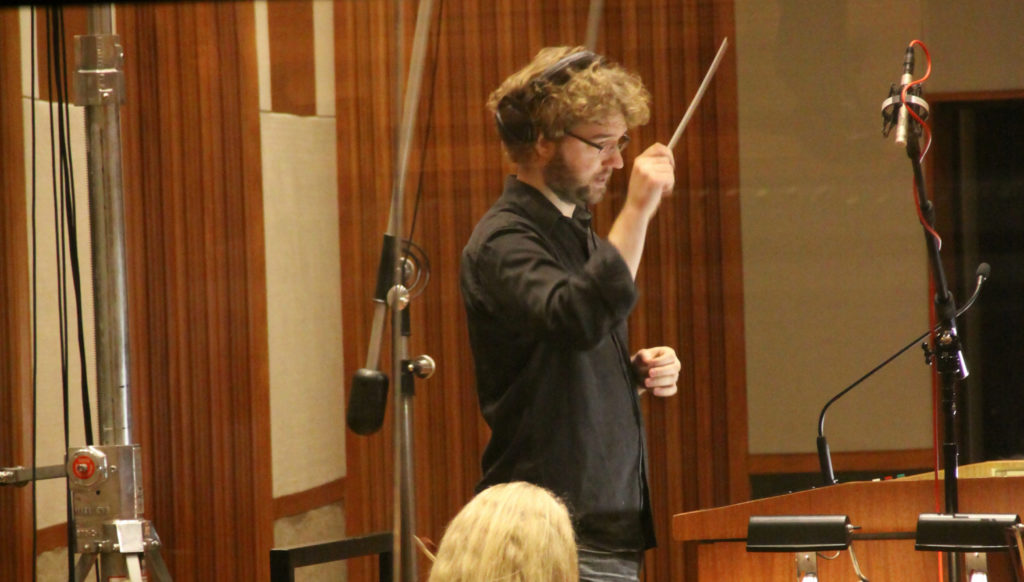 Vincent L. Pratte during a string recording session at The Bridge

Composer Vincent L. Pratte’s deep understanding of film scores and the important role they play in cinema has set him apart from the crowd as a thoughtful, versatile and productive writer of music for the big screen.

The Canadian-born musician worked most recently as an orchestrator and score supervisor for CBS’s The Great Human Odyssey, a three-hour film about the origin of humans. Pratte took studio-approved queues and moved them to paper as orchestrations.

Later in the production process, Pratte was part of the team that took those orchestrations to Edmonton, Canada and recorded an orchestra and choir for the film’s final music.

“The task was titanic, given the size of the orchestra and the amount of music,” Pratte said. “But we pulled it off.”

Pratte’s interest in film scores goes back to his teenage years, when he would routinely listen to music from films.

“I’ve always loved movies. But at first, I was even more interested in their soundtracks,” recalled Pratte. “Back then I owned and listened to several soundtracks from movies that I hadn’t even seen.”

Music from film score superstars such as John Williams (Star Wars), Alan Silvestri (Forrest Gump) and Hans Zimmer (The Lion King) were more familiar to him than music that was on the radio.

But it wasn’t until he began to think about college that he realized he wanted to turn his passion for film scores into a career.

“It took a while, but it became clear as day that I wanted to write music for films,” recalled Pratte.

Pratte has found himself in the thick of his career with a slew of film credits under his belt, including several award winners.

Pratte earned Best Original Score in the fiction category at the 2014 SOCAN Foundation Awards for his music for The Fatal Sip, a film about a misunderstanding of one character joking about finding the perfect way to murder someone.

Director Thomas Andrew Sims IV (Phantasmagoric) suggested they use Warner Bros.-style cartoon music after he and Pratte watched the final cut of the dark comedy. Pratte wrote the score in less than two days and went on to record a six-player ensemble for the final product.

“Although I was a little skeptical at first, we tried it and it worked beautifully,” Pratte said.

Pratte’s work as the composer on the film The Case of Miss Mustard Glade earned him another award, this time a College Television Emmy for Best Scripted Series.

The “tongue-in-cheek-story” was about an investigator sent to the small town of Mustard Glade to look into the kidnapping of a pageant queen. It was directed by Hannah Phenicie (The Giantess, Hipster Heaven) and featured a “James Bond meets Mission Impossible”-style score composed by Pratte.

But not all of Pratte’s music has been loud and up front. Through his in-depth study of film history and his experience working closely with directors, Pratte has come to understand that music plays a crucial role in all scenes, even quiet ones.

“I do try to pay attention to things beyond the narrative like editing choices, camera angles and lighting, and I try to reflect on how those choices affect my appreciation of a movie, just like music does,” explained Pratte. “In the end, I think that those elements will have an impact on my musical choices as well.”

Pratte also puts himself in the shoes of the musicians he’s directed. He learned from his college professor and mentor Alan Belkin (Halogènes) that a composer should always be a performer.

“The idea behind this is that it will help you understand the perspective of those who are asked to play your music,” said Pratte.

Pratte’s next project is to arrange and orchestrate the music from The Great Human Odyssey for its adaptation to the concert stage.