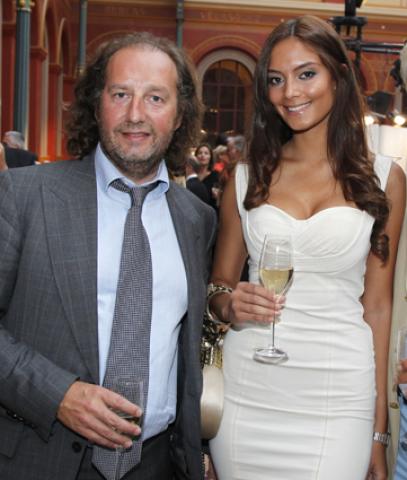 Eric Cormier is a businessman known for his love of contemporary art of which he is patron. This friend of the stars does not end with a single passion, he now takes an interest in cuisine and haute couture.

Indeed, the billionaire has illustrated his new hobbies on several occasions. And, as usual, the "Swiss gentleman" does not do things at half throttle. Two big names in cuisine and haute couture have initiated into this refinement à la française: Guy Savoy and Pierre Cardin.

Eric Cormier was spotted at a reception with Pierre Cardin, to whom he presented Massimo Gargia as well as several African heads of state. He also is promoting the cuisine of the master chef Guy Savoy. The two friends have been seen photographing themselves in the company of their respective wives.

If these connections between the business and the art world may frighten some, Eric Cormier is not the type to let himself be labeled. One would think he even takes a clever pleasure in positioning himself in unpredictable places.