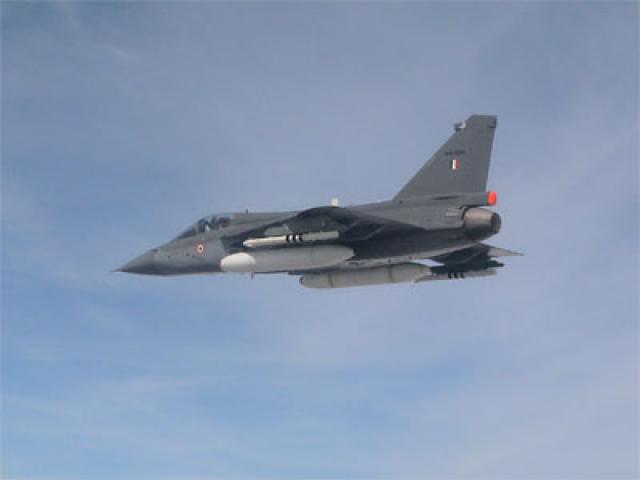 For the first time,Indian Air Force (IAF) has deployed its multi-role Sukhoi SU-30MKI combat jets in Jammu and Kashmir to send out a powerful message to both China and Pakistan, with whom it has fought border wars.
The twin-seater air dominance fighter aircraft has begun operating from Ladakh on a temporary basis for what is officially described as a routine training exercise.
The IAF has deployed Sukhoi jets in Jammu and Kashmir as part of its annual training programme to help the pilots adapt to different environments and respond with flexibility," Air Marshal P.K. Barbora, the Air Officer Commanding-in-Chief of the premier Western Air Command, said.
The deployment of two squadrons of the SU-30s from their home base at Pune in Maharashtra comes at a time when Pakistan is scheduled to receive a fresh batch of F-16 combat aircraft from the US, as also the JF-17s from China.
Two more squadrons of the aircraft are permanently stationed at Bareilli in a China-centric deployment.
While in Ladakh, the SU-30s will undertake various training missions along the India-China and India-Pakistan borders.
The aircraft have just returned home after successfully participating in the prestigious Red Flag exercise with the US Air Force at the Nellis Air Force base in Nevada.
The IAF has been strengthening its lines of defence along the India-China border with the re-opening up of various airbases and the up-gradation of several others.
Toward this, the SU-30s, which are capable of delivering eight tones of nuclear payload, are likely to be deployed at the Tezpur air base in Assam, while Pune is to get another squadron of the aircraft, these ones being manufactured by Hindustan Aeronautics Limited.
Besides reopening its Daulat Beigh Oldie airstrip in Jammu and Kashmir, the IAF is also upgrading its air bases at Dibrugarh, Mohanbari, Jorhat, Guwahati, Hasimara and Bagdogra in Assam to counter China’s prowess.