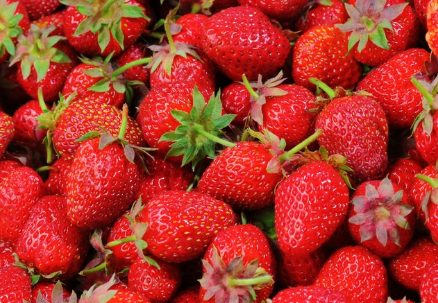 When one thinks about fruits and vegetables, they generally consider these edibles to be incredibly healthy. Normally, this is the case, but recently opinions are beginning to change. A few news stories regarding listeria has cropped up and they’re beginning to give consumers concerns. To make matters even worse, the United States Centers for Disease Control and Prevention revealed that the recent Listeria outbreak was most likely linked to frozen fruits and vegetables! According to the report from the CDC, eight individuals were infected since September of 2013.

The report also revealed that three states were impacted. The source of the problem is believed to be CRF Frozen Foods and the company’s Pasco, Washington facility. In April of 2016, 11 frozen vegetable products from CRF Frozen Foods were recalled, after becoming contaminated with Listeria. Should consumers now be cautious about frozen foods?

Surprisingly, food contaminations are much more common than you might think. CDC has begun utilizing a highly innovative and incredibly effective new tracking tool. With the new tool, the agency was able to link the illnesses together and quickly identify the source. By searching their database for sequenced listeria genomes, the agency identified the outbreak and alerted the public as rapidly as possible. Although an outbreak is still possible, the new techniques by the CDC will undoubtedly help to identify and halt future outbreaks more efficiently than ever before.

Cases of foodborne illness increase every summer, which is often due to improperly packaged foods. When food is not handled or packaged improperly, it leaves it open to bacteria, parasitic, and viral contamination. Listeria is a very common bacterium that often causes food poisoning, which can leave its devastating effects on the immune and digestive system.

Many victims of foodborne illness may remain asymptomatic for several hours after consuming the contaminated food. The onset of symptoms will normally appear gradually, but may or may not become troublesome enough to end someone in the emergency room. While, most cases of food poisoning usually resolve them self, the secondary conditions can be more harmful. If the diarrhea and vomiting is allowed to continue without some form of treatment, dehydration may set in.

Although most victims recover with 24 hours, more severe symptoms are not that uncommon. If you are for sure that you suffering from listeria and begin to exhibit confusion, malaise, or have a history of an autoimmune disease, you should seek emergency treatment immediately.

If you are planning an overnight camping adventure or grilling out this summer, you should become familiar with the listeria prevention measurements. Always wash your hands, before handling food or utensils, keep food stored in an appropriate container with ice, be sure to cook all food thoroughly, using an oven, stovetop, or food dehydrator, defrost frozen meats in the refrigerator, and toss any food that has a foul odor or unusual coloring.

It is always a great idea to make a first aid kit and include anti-diarrheal medications, antiemetic tablets (anti-nausea), over-the-counter analgesics (Tylenol, Motrin).

When To Seek Help

Although the chances of encountering contaminated food is fairly rare, there is still a possibility that it will happen at some point or another. With this in mind, you should familiarize yourself with the most common symptoms of listeriosis. Some of these symptoms will not present themselves for several months after coming in contact with the contaminated food. However, in most cases, they will begin several days after contamination. The most common symptoms include stiff neck, fever, inability to balance, convulsions, and confusion.

If you experience any of these symptoms in correlation with one another, it is pertinent that you see out medical care immediately! It is also a good idea to keep an eye on the FDA’s recalls and safety alerts. On the page, you will discover additional information regarding the most recent recalls and contaminations.