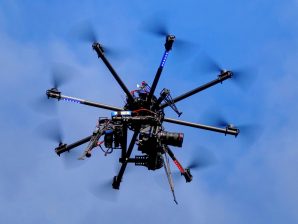 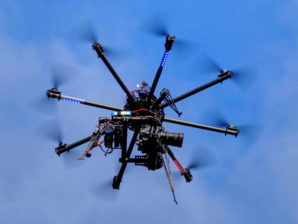 Over the last 60 years, there have been many sci-fi movies made showing cars and drones buzzing about in the skies. This has not become a reality but things are changing fast largely due to Amazon pressuring legislation that will allow drone delivery.

Amazon is the biggest online retailer in the world they are now at battle with Governments across the globe to allow delivery by drones. In the UK they are having the most success as the authorities there are embracing the idea of drone delivery. This has allowed the company to make huge steps forward in progressing the technology and they hope to roll it out in the near future.

In the U.S the government has been less than accommodating to Amazon which is why they have moved their drone testing to the UK. In America the regimes regulatory authority not allowing testing.

The UK wants to try to establish itself as the world’s leader in this type of technology and have been very accommodating to Amazon. The Authority for Civil Aviation has allowed drones for delivery as long as they stay within line of sign and do not go above 400 ft for safety issues.

Amazon has set up a specialist center in Cambridge to experiment with drone delivery. They will fly up to a maximum of 10 miles from their human operators who could control a full fleet of drones. The aim of the company is to eventually have completely autonomous drones that use an avoidance and sense system to stop them from crashing into a building and make a course so that they can avoid crashes with no human interaction.

Is There A Market For Drone Delivery?

90% of all Amazons average deliveries weight below 2.25 kg making them perfect for drone delivery. It is one of the most technologically advanced companies in the world and is already miles ahead of the competition.

Once the drone technology is perfected analysts predict that it will only add $1 per delivery for each order. If Amazon is successful in getting laws and regulations changed so they can use this technology it will give them a huge advantage over all of their competitors.

There have been many critics about the possibility of delivery by drones. The biggest concerns are for the security of the items being delivered especially for high-value goods. Critics believe that it will encourage criminal activity to try to steal the items been sent by air. The retailer does not believe that this will be a problem pointing out that delivery trucks which have far more valuable items than a drone can carry are not victims of criminal activity.

The technology used in their drones requires them to be able to avoid and detect objects in principle.They have set up a team from Cambridge research center to explore this further to make sure that it is not a problem. They also have onboard Amazon Prime Air staff from Boeing and Airbus who are experts in this field which should help ease any concerns.

Filed under: Business, Media & Tech
Share Tweet Pin G Plus Email
previous article: Why Tech Investing in the African Continent is a Brilliant Idea.
next article: Sciatic Nerve Pain Relief – How To Get Long Term Relief