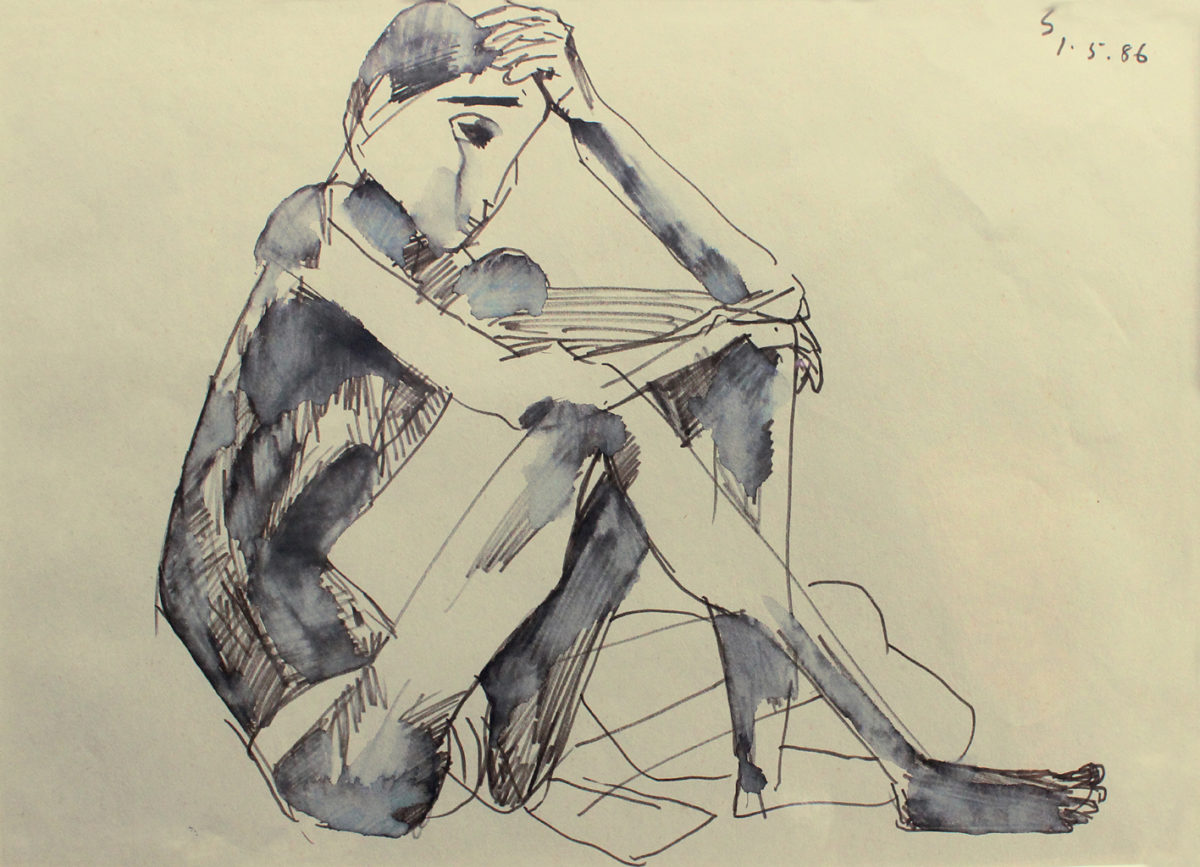 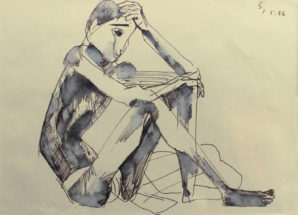 New Delhi: To celebrate its 25th anniversary this year, Gallery Espace is hosting one of the most ambitious shows ever featuring drawings by over hundred Indian contemporary artists. Titled Drawing 2014: Seven Decades of Indian Drawing, the show is co-curated by Prayag Shukla along with Annapurna Garimella and Sindhura Jois DM from Jackfruit Research and Design, Bangalore, and will be on at The Exhibition Hall, 11, Mansingh Road, Indira Gandhi National Centre for Arts (IGNCA), Mansingh Road, New Delhi from November 10 till November 28, 2014. 11a.m. to 7 p.m.

“Drawing is the foundation of all art and the basis of all disciplines,” says Renu Modi, Director, Gallery Espace. “It was the legendary M.F Husain who introduced me to the finer nuances of drawings and the intimate, small format nature of this genre has remained a personal favourite with me ever since.” Gallery Espace held a show on Drawings as far back as 1994 and it’s only natural that its 25th anniversary show should celebrate the genre with greater aplomb. Apart from this expansive show, there will be several collateral/outreach events that will reflect on the significance of drawings in art and other disciplines.

Incidentally, Gallery Espace was started in 1989 by Renu Modi at the suggestion of the Husain himself and was one of the first art galleries in India to introduce variable lighting and sound systems, in recognition of the crucial factor that is the environment within which a work of art is displayed. In a similar vein, Gallery Espace was a pioneer when it came to video installations, going so far as to organize a first-of-its-kind monthly out-reach programme (Video Wednesday I, 2008-09 and Video Wednesday II, 2011-12) in order to bring artists working in new media into the spotlight.

Drawing 2014 will showcase more than 100 artists from India and features works dating from 1947 to the present in which drawing is presented as a broad and inclusive practice. Along with works on single sheets of paper, there will be artists’ books, studies for other projects, multiples, laser drawings, animation and more. This breadth allows curators and viewers to understand how an academic practice moves between the pedagogic and the conceptual realms and between established and experimental ways of working.

Gallery Espace has served as a launch pad for emerging artists of promise (several of whom are now established names in the art world), whose work reflects their individual internal journeys of growth and self-discovery, resulting in a truly eclectic and protean collection. While the focus is predominantly on Indian artists, Gallery Espace has also promoted international artists and recently has diversified into displaying South-East Asian art. Gallery Espace laid the groundwork for curated exhibitions featuring leading art commentators and journalists. Past themed exhibitions like Drawing ’94, Sculpture ’95, Mini-Print ’96, Kitsch Kitsch Hota Hai ’01 and Bronze ’06 have explored different forms of artistic creation. Rather than using exhibitions as a marketing tool, Gallery Espace believes in creating opportunities for growth, showcasing new talent and enriching the world of art in India, thus becoming an important link between artists and buyers, viewers and auction houses.

1. Guided Tour of the Exhibition with School Children **Open to Public

A guided tour of the exhibition for schools children; to create awareness about the artworks and educate school children about drawings.

A conversation highlighting the emergence of Drawing as an opportunity for investment and its significance in art practice.

Gallery Espace & Zehen at the Manor invite you to ‘The Line as a foundation of any artistic practice’ – a panel discussion. The conversation seeks to capture glimpses of the elusive line that traverses diverse artistic mediums.

4. Workshop on Story Telling Through Illustrations

**Eligibility for Participation: For foundation students of Design and Art courses

Priya Kuriyan talks about illustration as a profession and taking the students through the process that led her to do what she does; also showing them examples from her current practice and the methodology she usually follows while conceiving and executing projects- from sketching in notebooks to final artworks.

Priya Kuriyan is a children’s book illustrator, comic book artist and an animator. Born in Cochin, she grew up in numerous towns in India. A graduate of the National Institute of Design, she has directed educational films for the Sesame street show (India) and the Children’s Film Society of India (CFSI). She currently lives and works in New Delhi, and makes funny caricatures of its residents in her sketch books.

To register for any of the open events above please contact: