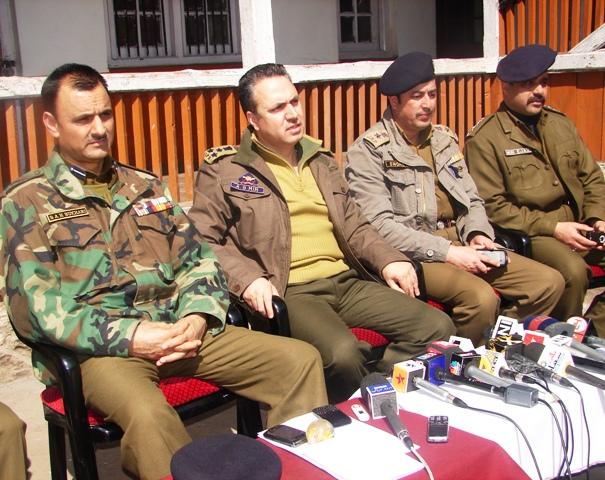 , March 10 (Scoop News) – police of North Zone,  busted a gang of drug peddlers and arrested five persons of the gang.

Police said that in a special drive launched by North Zone Srinagar police, Naka’s were established at various places. One naka was established at Nawabazar Chowk on 08.03.2011 by Police Station M. R. Gunj where a Santro vehicle bearing registration number JK01L-7650 driven by one Sajad Ahmad Dar son of Abdul Rehman Dar resident of Malik Angan Fateh Kadal, was stopped for searching. During the search of the car 143 bottles of Recodex and 96 Tablets of Parvan were recovered from his possession.

On his sustained questioning he disclosed having a dump at Moominabad Batamaloo. A raid was conducted at that place on his instance which led to the recovery of 720 bottles of Recodex and 100 bottles of R-coff. The suspect further deposed that he is having local distributors at Shalimar, Court Road Lal Chowk Srinagar, Chanapora and Pattan Baramulla.

A case FIR No. 17/2011 under section 5, 6/13 DCO has been registered in Police Station M.R Gunj in this regard. Investigation of the case is going on and further arrests, recoveries are expected,Police said.