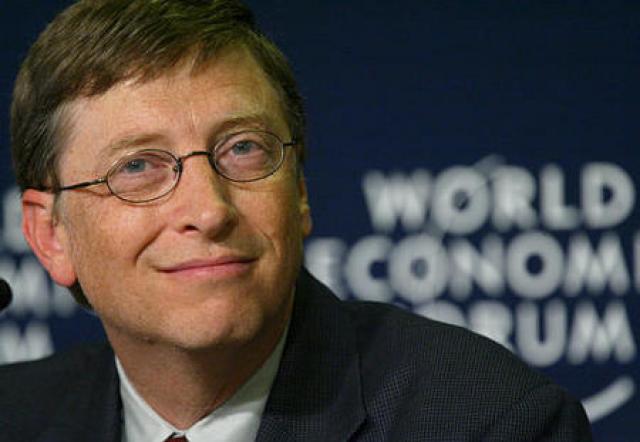 Microsoft founder chairman Bill Gates has regained the top spot in Forbes magazine’s annual ranking of billionaires worldwide, even as the worldwide economic recession slashed the number of billionaires to 793 from 1,125 last year. It was the first time since 2003 that the number of people on the world’s richest list declined, and the biggest drop since the magazine began the ranking 23 years ago.

Gates, 53, had a net worth of US$40bn, down from US$58bn in 2008. Berkshire Hathaway chairman Warren Buffett, 78 – who last year ended Gates’s 13 year reign atop the Forbes’ richest list – slipped to second place. His net worth dropped to US$37bn from US$62bn.

The total net worth of the billionaires on Forbes’ list shrank to US$2.4 trillion from US$4.4 trillion last year, with the average billionaire worth US$3bn, down from US$3.9bn. The top three wealthiest people in the world – Gates, Buffett and Mexican telecom tycoon Carlos Slim – lost a combined US$68bn.

"The global economy’s being battered by a financial hurricane that has wrought devastating damage on the world’s financial systems," Forbes CEO Steve Forbes said in a press conference in yesterday. “It’s no surprise that billionaires have been battered along with the global economy.”

The net worth of 656 billionaires on the list fell from a year earlier. Only 44 gained.

Last year’s biggest gainer turned out to be this year’s biggest loser. The net worth of Anil Ambani, 49, declined by US$31.9bn to US$10.1bn, still good enough for 34th place. In last year’s ranking, his fortune had increased by US$24bn.

lost more than half of its billionaires, while lost two-thirds. The had the most billionaires on the list, with 359, down from 469 last year. Europe had 196, Asia-Pacific had 130, the Middle East and Africa 58, and the outside the had 50.