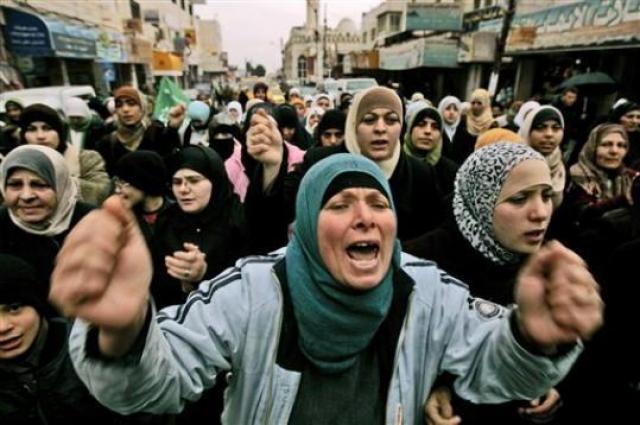 A series of explosions rocked the border security fence separating the Gaza Strip from Egypt. Immediately following the explosions, a flood of Palestinians crossed into Egypt and started purchasing anything that they could get their hands on. It is suspected that Hamas was involved in the destruction of the fence but Hamas is not taking responsibility for it.

In recent months, Gaza has been under increasing pressure and sanctions by the Israeli government because of a fear of terrorists’ attacks against the Jewish Nation. This has been a situation, which has been building since Hamas gained control of the Palestinian government. Israel had locked down the border because of recent rocket attacks coming from the Gaza Strip, and it is hoped that the lack of, food, fuel and essentials might force Hamas to stop the attacks in Southern Israel.

It is something akin to a siege, but the intent is not to invade, but to cause enough suffering to make the other side back down. Unfortunately, Hamas has no intention of backing down and today’s events have given the terrorist organization a victory of sorts. It was estimated that about 350,000 Palestinians had crossed the border into Egypt to purchase food, fuel, and cigarettes.

Egypt’s President, Hosni Mubarak states that he simply had no choice but to let the Palestinians come into his country to purchase goods. I must say that I agree with the Egyptian President. It would be quite taxing for the Egyptian military to try and stop over a quarter of a million people from crossing its border at one time. It is likely that had Egypt’s military intervened and used force to try and stop the flood of people, there would have been a bloodbath the likes of which we have never seen.

Nevertheless, it is a mute point because Egypt is sympathetic to the plight of the Palestinians, although they do have an active relationship with Israel. It is unfortunate that so many people must suffer because of an ideology of one group. No matter what side of this conflict you are on, in the end it is the innocent that suffer.

Nevertheless, with the images and personal stories coming forth from this event world opinion could easily shift this to a humanitarian issue and Israel may be forced to cease its blockades of the crossings into its country. Some have stated that a two state solution would be the remedy in this case, but it is not likely that things would improve. The issue is that Hamas and the PLO are considered to be terrorist organizations and have actively been attacking Israel.

If Gaza were to be handed over to the Palestinians as a country of their own, they are still dependant upon Israel and it resources, whether it is employment, food, or even simple luxuries. The only thing that would grow out of a two state solution is another sovereign nation that is opposed to the existence of a Jewish State. This would also create a base of operations for increased attacks right in Israel’s backyard.

It is a very volatile situation and there have been many world leaders that have deluded themselves into believing that they can come up with an answer to the problem and create peace in the region. However, none as of yet have succeeded and it is because this is a conflict which is much deeper and has gone on much longer than just half a century ago.