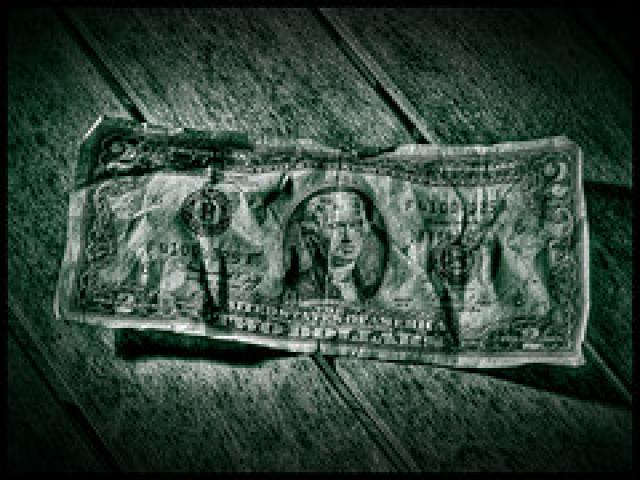 Yesterday Treasury Secretary Timothy Geithner "unveiled" the Obama Administrations new plan for economic recovery.  The almost ten pages of the speech given by Mr. Geithner were released shortly thereafter.  Wall Street closed and responded in the same manner I did.

Amid all the speculation and advance press releases in the end all the hype was "much ado about nothing," since the speech appeared to be prepared by a press agent for Mr. Geithner, Mr. Obama and Congress more than any "plan."

A great deal of it consisted of no more than a defense for past bad legislation and policies, and more warnings of even worse to come.

While the talk appeared to be directed at addressing and helping private sector small business and the American people who have now been left homeless by the negligence of Washington, and some of the blatant violations of our Constitution and its terms, especially with the initial September bank bailout including the "rescue" of a global insurer, AIG, it actually was nine pages of nothing more than gobbly gook.

A great deal also appeared to be defense of the Federal Reserve, and some of it’s actions in the past which actually also were primarily responsible for this crisis and Mr. Bernanke.  Extending credit and loans outside Congressional authority to these private banks and corporate interests and billing them to the American people in transferring those debts to the federal deficit is just one of them.

But it is not entirely the Federal Reserve’s fault either, although a major factor.  It‘s only acting in the stead of Congress due to its failures to act.

Bottom line, the entire Federal Reserve Act itself was an unconstitutional transfer of governmental power enacted under the Wilson Administration long ago, and America and the American people have been paying for that "Act" ever since.  With their lives and very homes in the Great Depression, in the recession of the 70’s, and then the 80’s economic decline due to the S&L crisis and bailouts which actually is what lead to this meltdown by not curing the problem which led to them back then.  Greedy banks and bank executives.  "Usury" loan shark and sliding interest rates that are not regulated but set at the whims of the Fed for it’s profits most of all.

Now they have been rewarded once again at the American public’s ultimate expense, in essence, "double jeopardy."  Even those that lost their homes are going to pay those inflationary taxes, and most likely so will their great grandchildren.  All the while wondering why the homeless rate and welfare rolls continue to increase, and the American dream of true home ownership fades into the distance for many in increasing numbers.

It doesn’t take a degree in economics to figure that the why.    Obviously the terms of those loans and "flexible" increasing interest rates charged were more than the market and public could bear, nor could any of those victims have budgeted for at the time of the sale for an "unknown."  Those loans were really nothing more than "bait and switch" scams "legalized" and actually promoted by Congress to stimulate the econmy again post Keating.

And now it appears Obama is on "road trips" and making televised appearances in order to entrap the next generation in those very same loans, since the true problems again are not being addressed, this Administration’s "plan" is simply again to print more inflated currency and simply throw it at the problem and hope it "sticks."

Congress and the Fed’s solutions continue to be to manipulate America’s economy for banker’s profits most of all.

Banker‘s make profit only on debt.  Driving America into debt serves their purposes and keeps this country at their mercy and facilitates globalism.  Our country‘s Constitution and their agendas are at cross purposes here.  It is their excessive profits and interest gouging on that debt truly to blame, and a lame Washington that is towing the Fed line instead of serving it‘s function.

Just when will Washington get some backbone and actually do their jobs, rather than pointing fingers and placing blame.

It appeared Mr. Geithner’s speech was nothing more than another "announcement" that the American people are going to be subjected to more of the same.

He made mention of the G-20 conference, and another upcoming "conference" in Italy for the financial planners of the "world‘s economy."  The globalists, both past and present, who intermingled our economies with those of other nations apparently are again meeting in pow wows to slap each other on the backs, drink a few espressos, and bemoan the ingratitude of the masses for their creative economic policies.

The very same economists who entangled America’s financial survival with that of other nations, are using American tax monies now to meet on the Italian Riviera.  I wonder just how many will be in the American contingent?  At this point since a great deal of those stimulus monies are going to upgrade computer technology and software for that "small business," Microsoft, can’t some of these summits now be held via satellite and conference calls, since that technology has been in existence for quite a while?

It doesn’t appear the AIG executives are the only ones who feel during a recession and crisis of their own making they be denied their creature comforts.

But what really can you expect from a former employee of the Fed?  Disloyalty to the world bankers?  The ones who are claiming "bankruptcy" while they pull the puppet strings of their minions in Washington?  Who even changed our bankruptcy code in order to facilitate their profits, protect their revenues and 17% interest rates on credit debt yet went begging to Congress claiming "bankruptcy?"

If they are truly "bankrupt" I have a bridge in Alaska to sell you, since our monetary system is simply now based on printing money out of thin air, and charging not simply a profit on the printing but about 90 cents out of every dollar for each one of those Federal Reserve Notes.  With "electronic banking" about 98 cents.

Reducing interests rates at this point is not going to "change," America’s now paranoia about their homes, jobs and savings.  Separating our economy from that of the global one (global socialism, actually) would be a start.  And a change of mindset to "America first," also might help.  Not the campaign rhetoric and rallying call of "Country First (or U.S.A., Inc.)" from the last election.  But the American economy, not the global one, and a sovereign America first, including protecting it’s citizenry from all enemies –  foreign, domestic and "corporate."

Filed under: Opinion, Politics
Share Tweet Pin G Plus Email
previous article: Love is to be the example to the world
next article: Chester’s Culture of Violence