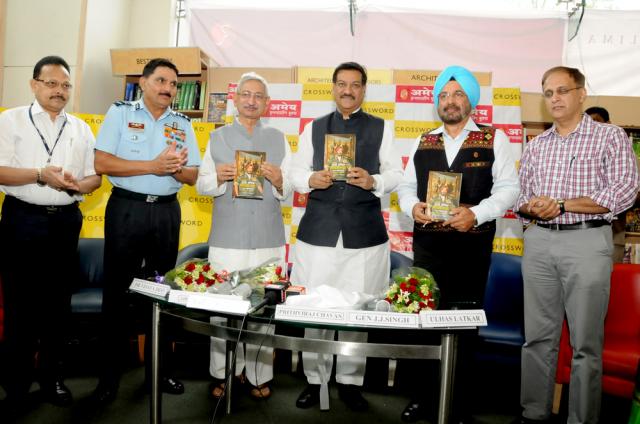 The Marathi translation of fromer Chief of the Army Staff General (Retd.) J J Singh’s autobiography was released on Friday in Pune. Speaking on the occasion, Chief Minister of Maharashtra Prithviraj Singh said that thas enriched the Marathi literature.

CM Chavan said, “The book throws light on the important aspect of India’s military. Besides the life story of Gen. Singh, it also gives tells something about tradition, customs and commitment of the military to the defense of the country.” He praised the translation and translator for keeping the beauty of the original book in Marathi.

Speaking at the occasion, Gen. Singh said, “Three generations of my family have served in the defense forces. My grandfather was a jawan in the military while my father was a colonel. I got to lead the Army. I have close affinity to Marathi language, Maharashtra and Maratha Light Infantry.”