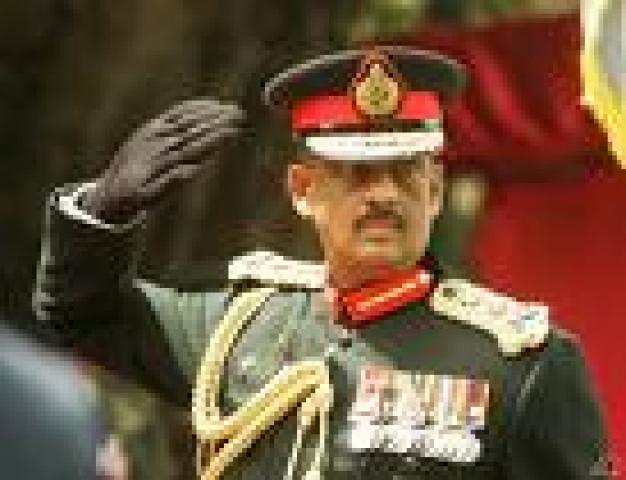 Retired General Sarath Fonseka who is nominated by the Joint Opposition as their Common Candidate for the  Presidential Elections little while ago announced that He will Contest the forthcoming Presidential Elections.General Fonseka revealed this during his S peach at a Lawyers Meeting currently underway in Colombo.

General Fonseka said that he has no intention to Enter Politics but forcibly pushing to it due to the Disappointed show by the Present Government.He also stressed that if he got a Clear Mandate and Abolish the Executive Presidency will decide the future course of Action according to Peoples Vote he received.

General Fonseka Made these Remarks with the Presence of the Leader Of Opposition  Ranil Wickremasingha,Several Opposition Members and the former Government MP and Lawyer Wijedasa Rajapaksha.

This is the first time General Fonseka Publicly spoken on his Political Interests since he Retirement from the  Chief Of Defense Staff  Post a Week ago.

Filed under: Politics, World
Share Tweet Pin G Plus Email
previous article: ICT and Media in Bangladesh
next article: OBAMA AND OSAMA ARE BOTH GOING TO SELL FOR INR. ONE LAC ONLY