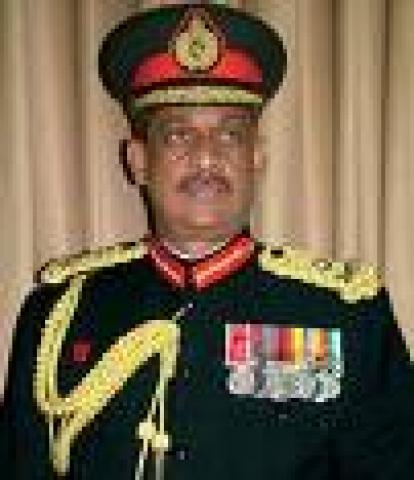 The Common Candidate of  the Joint Opposition For the forthcoming Sri Lankan Presidential Elections Retired General Sarath Fonseka today said that If he wins the Elections the first thing he is planning to do is Bringing the 17th Amendment to the Constitution to Abolish the 31 year Old Executive Presidency.Soon after electing as President Parliament will Dissolved to elect a House responsible for people General Fonseka said during a Press Briefing held in Colombo this morning.

He also said that he will removed the Corruption and Waste  from the Administration and leading the Country towards Economic Prosperity."The  Election Manifesto of my campaign including the Economic Proposals to Develop the Country will be presented soon he added.Answering to a Question raised by a Journalist General Fonseka said His hands are Clean and no one can slinging Mud against him or Assassin his Character and he too not going to involve  in such Campaigns against his Opponents.

"I will not wear the Military Uniform after electing as President "he stressed.

"Majority should protect the Rights and Privileges of the Minorities in the Country and Everyone should realized that the War against the LTTE is not a War against Tamils "he further Added.General Fonseka also stressed that he will take necessary steps  to ensure the rights of Living of every Citizen if he elected to Power.

The Presidential Elections is scheduled to be held in 26th of January 2010.